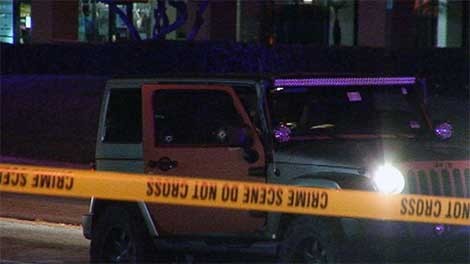 HSK Exclusive – Former New York Jets running back Chris Johnson was shot in the arm, and his youngest brother Dreekins Oriko Johnson was was killed, in a drive by shooting, Sunday morning in Orlando, Florida. Know why? Because, Johnson’s brother, Dreekins’ is rumored to be one of the biggest crack cocaine dealers in Orlando; he is a target for notorious gangsters in the city.

Here’s what a source told HSK:

“Chris knew his brother Dreekins, was a big d-boy in Orlando. It’s sad that Chris and Reggie got shot, but Dreekins got killed, because he was a gangsta.”

Here’s what the Orlando Sentinel reported:

“Deputies responded to a shooting call and arrived to find a Jeep the driver dead inside and two other men with gunshot wounds on the sidewalk. The victims, Reggie Johnson and Chris Johnson, both 29, said that an unknown vehicle pulled up beside them at the red light and opened fire into the Jeep, deputies said. The deceased driver was identified as Dreekins Oriko Johnson, 28.

Chris Johnson sustained a shot to his arm.”