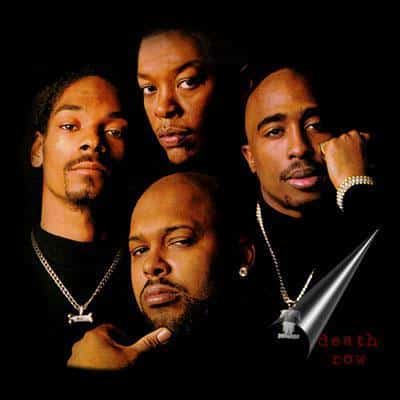 In a new interview a former Piru who goes by the name of James McDonald is exposing Suge Knight and his association with Deathrow.. He says the only thing he’s here for is to expose the devil that Suge Knight… MOB confirms that Suge Knight wasn’t a street guy and he also talks that faithful night that Tupac got shot, said he interfered with something he had nothing to do with.. The best interview I’ve seen regarding the situation with Suge, Tupac and Deathrow.

2:00 – James admits to introducing his crew to Suge.

2:30 – Guys from the penitentiary helped Suge when he got started.

3:50 – “Money makes you blind” James admits that nobody was looking at the BIG picture.

4:00 – In 1995, Suge helped get Tupac out of prison in exchange for a three-record deal with Death Row Records.

4:43 – Tupac’s demeanor changed once he settled into Death Row.

5:38 – Tupac changed his walk and got him a MOB tat. Tupac did not earn the tat.

6:55 – “Everything that was wrong was right for these cats” Death Row motivated by greed and money.

6:58 – The SSC were one of the MOB Piru’s biggest rivals in Compton. There were claims on the streets that these “Southsiders” had become associated with one of Death Row’s music industry rivals.

8:26 – The perception from the public is two different gangs in Compton getting paid to kill each other.

10:36 – Chain incident escalated everything. It put them in the situation.

13:06 – While walking through the MGM Grand after the Tyson fight, Tupac, Suge and their entourage encounter Orlando Anderson. Tupac instigates a fight with Anderson, backed by Suge and some alleged Piru associates.

Watch the full interview below: