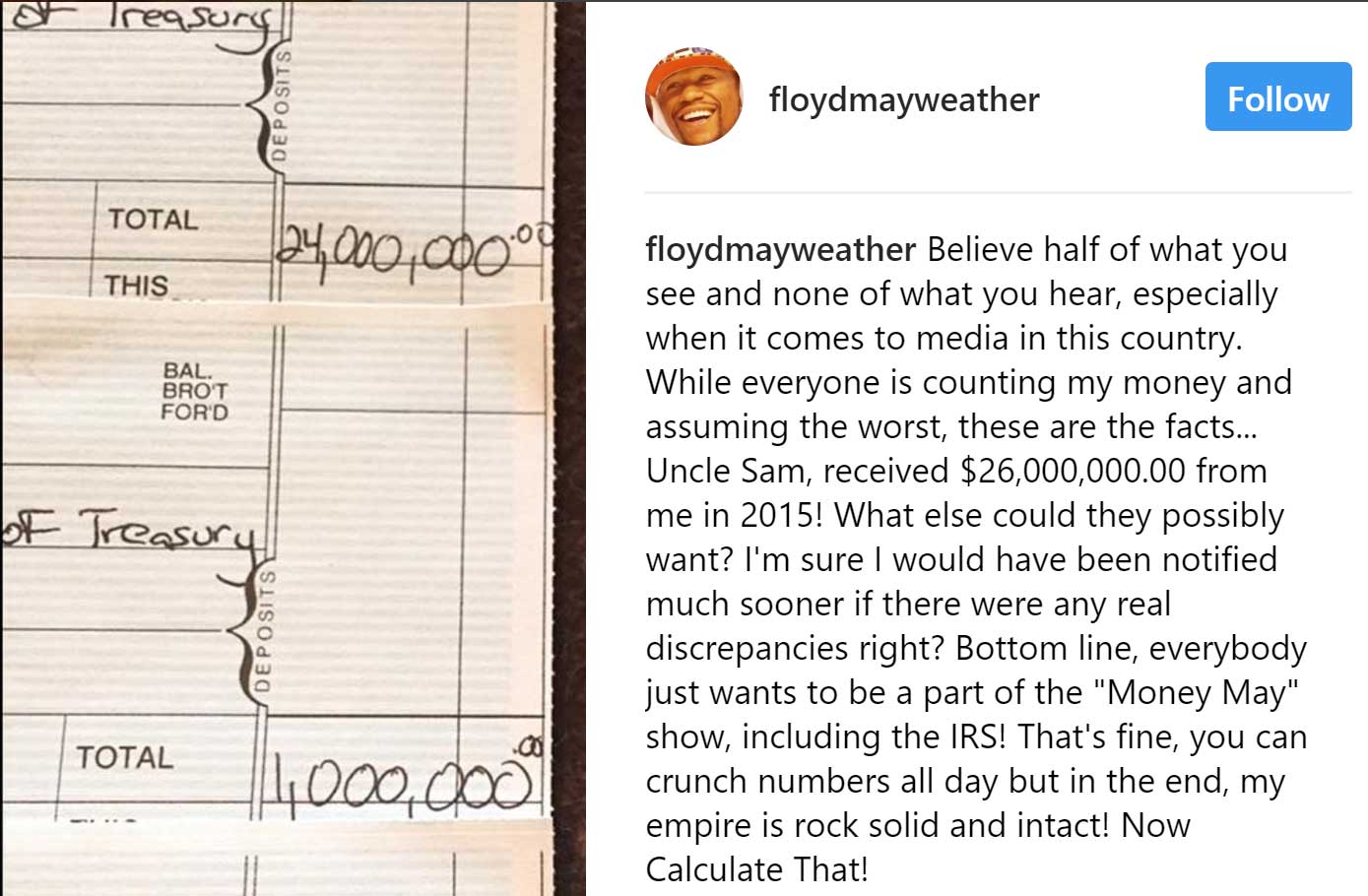 Yesterday news leaked that Floyd Mayweather petitioned the IRS for a reprieve on his filing until after his fight with Connor McGregor.

Here’s what Mayweather had for the Guv:

“Believe half of what you see and none of what you hear, especially when it comes to media in this country. While everyone is counting my money and assuming the worst, these are the facts… Uncle Sam, received $26,000,000.00 from me in 2015! What else could they possibly want? I’m sure I would have been notified much sooner if there were any real discrepancies right? Bottom line, everybody just wants to be a part of the “Money May” show, including the IRS! That’s fine, you can crunch numbers all day but in the end, my empire is rock solid and intact! Now Calculate That!”