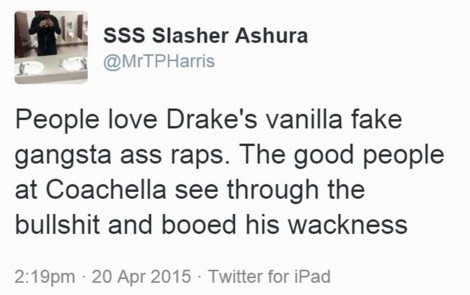 On the first week of Coachella 2015, Drake made headlines after a cameo with Madonna ended with him being the Brittney Spears to the Material Girl….

Week two sees Drake making headlines for getting booed off the stage.

Apparently, the audience expected more of Drake than to show up late and leave early.