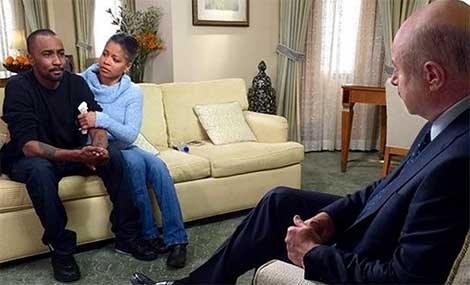 Dr Phil McGraw said that Nick Gordon would be dead in a week if he didn’t check into a rehab.

Gordon believed that he was meeting the television talk show doctor for an interview, instead he found his real mother Michelle and Dr Phil.

“Nicholas is at his breaking point. He cannot take too much more of not being able to see Krissi. He blames himself. As we sit right now, my sons life hangs in the balance. When Whitney was found, he administered CPR to her and called me as he was standing in front of her saying ‘Mom, why couldn’t I do it? I couldn’t get air into her lungs.'”

“Nick Gordon’s intervention will air on Dr Phil’s show next week Wednesday, March 11. Gordon repeatedly walked out during his intervention and refused to co-operate.”