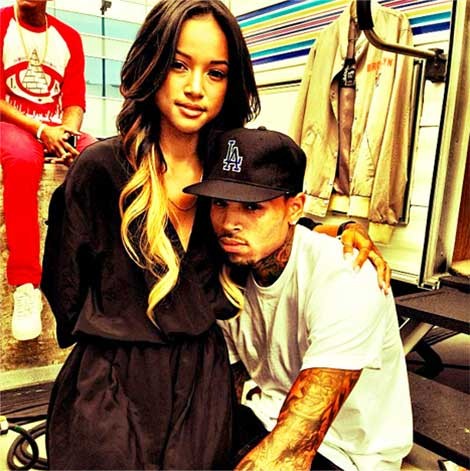 Nia Gonzalez’s homey is revealing that the Instagram model joined Chris Brown and Karrueche Tran, for a smash session when the singer was released from jail.

Here’s what the source told HSK:

“Karrueche likes to play the victim role, but she know what’s up. She didn’t know about Nia’s pregnancy and giving birth to a child. But, Karrueche knew Chris f*cked Nia.”