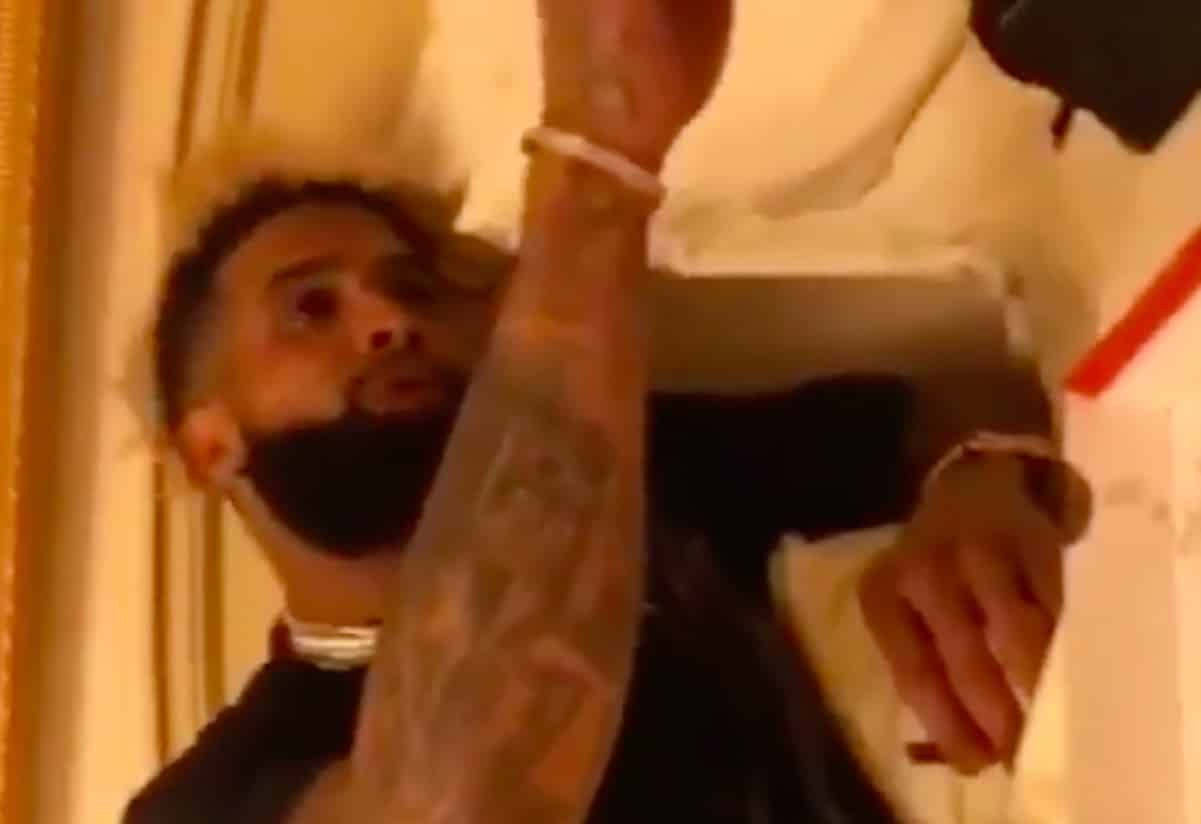 The New York Giants and the NFL are currently investigating this video of Odell Beckham Jr. in bed with a groupie. In the leaked video, Beckham is in bed next to a pizza holding “some sort of brown cigarette or cigar, and there’s a credit card with what appears to be a white powder substance next to the woman.

The video was filmed while he was on a Nike-sponsored trip in Europe, and some are saying this video could hurt his chances of signing a lucrative long-term contract this offseason.

#PressPlay: #OdellBeckhamJr has been keeping busy ??