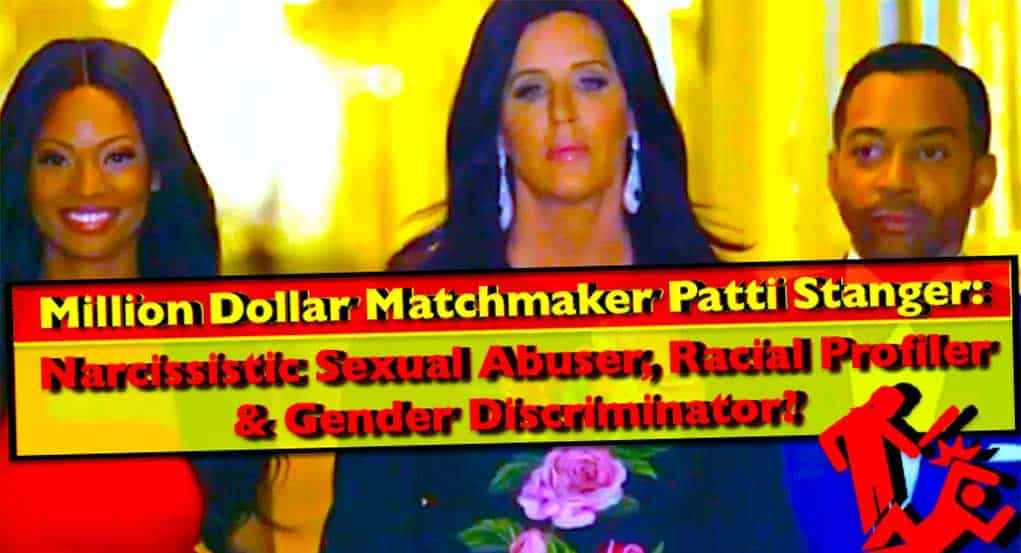 HSK Exclusive – A Hollywood make-up artist has gone rogue after being fired by producers of the show Million Dollar Matchmaker.

The celebrity cosmetologist is now running to the media with appalling allegations which tell of violent hands, death threats and sexual harassment claims … all of which she says occurred, “on a set supposedly reserved for making love connections happen.”

The reported victim at the center of it all is said to be the newest addition to the team of Million Dollar Matchmaker experts, Relationship Consultant Maxwell Billieon. “I was there when the cameras were rolling and Candace threatened to kill Maxwell,” said the source who identified Patti Stanger and “her sidekick” Candice Smith as the alleged perpetrators. “Candice was standing just inches from Maxwell when she pointed her finger at his face and threatened to have him beat up.”

The make-up artist says, “It wasn’t long before I noticed two newbies show up on the set with Maxwell; two men in suits. When I saw Patti punch Maxwell, it was obvious those newbies were there as Maxwell’s personal security because as soon as Patti put her hands on Maxwell they both jumped in the madness to protect Mr. Billieon.”

“To say that Patti rubs most people the wrong way is an understatement. But when I heard Patti collectively refer to Candice and the Latinos working on the set as ‘the help’ … I was absolutely disgusted.

Patti is a repulsive person. She often makes obscene comments about Black men and how big their c*cks are.

Firing me, was a blessing. It was the worst place to work.”