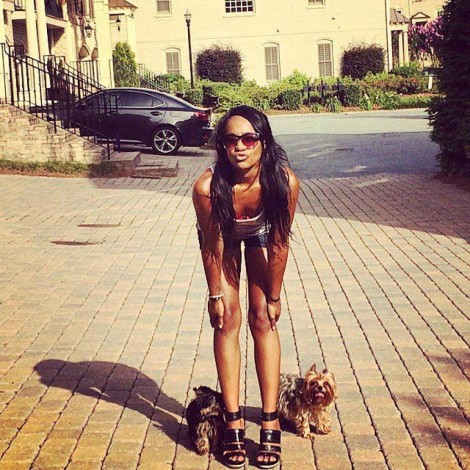 “Doctors have indicated that she can have a long life. However, Bobbi Kristina is presently embarking on a rehabilitation process, and the quality of her life will not be known for years to come.”

The latest info on Bobbi Kristina reveals the troubled 22-year-old has been taken off life support, discharged from ICU and transferred to a rehabilitation facility. But, according to the Houston family, though Krissy “is no longer in a medically induced coma … and unresponsive” it could be years before they know the quality of life Bobbi Kristina will ultimately experience.

“The daughter of Bobby Brown and Whitney Houston, has “global and irreversible brain damage,” according to her grandmother.”

This news comes after Bobby Brown hit a Dallas stage telling the audience, “Bobbi is awake. She is watching me.” Official word from the family reasons that Bobby Brown was in an “emotional state” on stage when he made the remarks.

“She has made it out of ICU, opened her eyes and started a rehabilitation that will be long and hard,” said Bobby Brown’s wife, Alicia Etheredge-Brown.

Cissy Houston had this to say:

“Meeting with the doctors and understanding that she can live in this condition for a lifetime truly saddens me. We can only trust in God for a miracle at this time.”

“Bobbi Kristina Brown remained in the same neurological state she has been in for nearly three months. She does not respond to visitors or familiar voices, and her eyes do not follow a person around the room. She also has a tracheostomy in her throat.”