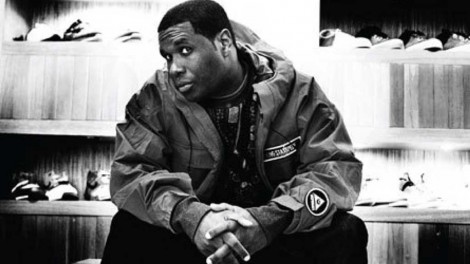 “That’s Big Sean all the way!”

During a recent interview at The Beat, Jay Electronica called out Drake as a Big Sean copycat! “That’s Big Sean all the way,” Jay reasoned. “I always felt he took his style and ran with it.”

That’s how Jay broke Aubrey ‘The Actor’ Graham down … before delivering some shout outs to other more deserving lyricists in the game.

“J. Cole is a beautiful brother, he makes beautiful music. That’s family. I spoke with him a few times over the phone and I wouldn’t necessarily say we’re on an everyday communication type basis but I love J. Cole. That’s my brother and I support him in everything he does.

I like Kendrick Lamar’s new album. I like ‘Blacker The Berry.’ I like that. Is that [where he raps], ‘I’m the biggest hypocrite of 2015.’ Is that the one? I like that record. I still haven’t heard [it all]. … We love Kendrick Lamar, that’s our brother. He’s on the right path.
May Allah bless him on his journey – I would be a liar to say I don’t like none of these new guys. …

Big Sean be getting busy. He’s one of the best out – he gets busy and to be quite honest, a lot of Drake’s early stuff was based on Big Sean’s style. I always felt he took his style and ran with it. That’s Big Sean all the way.”