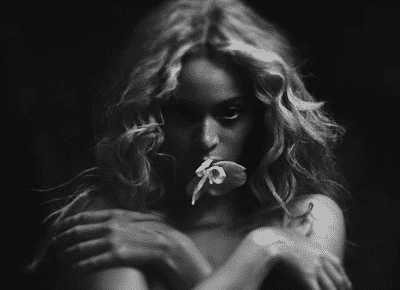 A new Beyonce docu-film chronicling her 2nd pregnancy, Lemonade, politics & backlash to “Formation”, the Black Lives Matter movement & addressing infidelity rumors in her marriage is currently being shopped around. Some of the reported bidders are as one might imagine… and include HBO, Netflix and Hulu.

The documentary will be a grittier look at the last 2 years of Beyonce’s life including an emotional stop in Glasgow, Scotland and the deaths of Alton Sterling and Philando Castille. 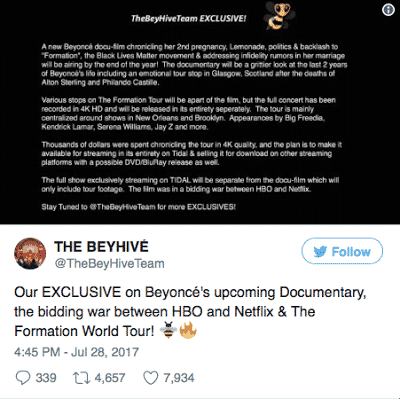