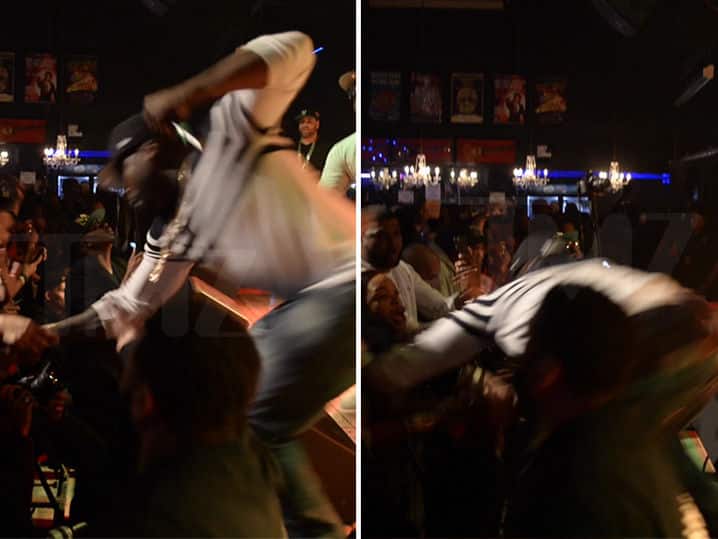 50 Cent retaliated hard against a woman who pulled him off stage during a rap concert Saturday … punching her square in the chest.

50 was performing with The Lox at Baltimore Soundstage when he reached into the crowd to shake hands and a woman in a flowered dress grabbed his arm and pulled him off the stage.

The rapper appears to have thrown the punch to free himself from her grasp. She eventually let go, and in fact, came up on the stage at 50’s request. She accepted the olive branch and ended up twerking as if she was one of his backup dancers.