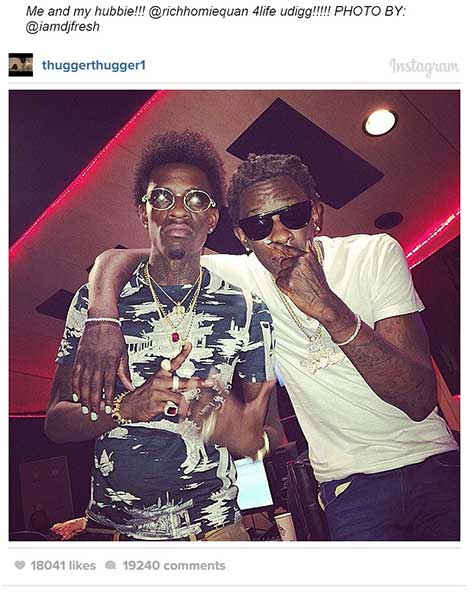 Rumors have been circulating that Young Thug was a gay rapper.. This recent caption of a photo of himself and Rich Homie Quan puts the rumors to bed.