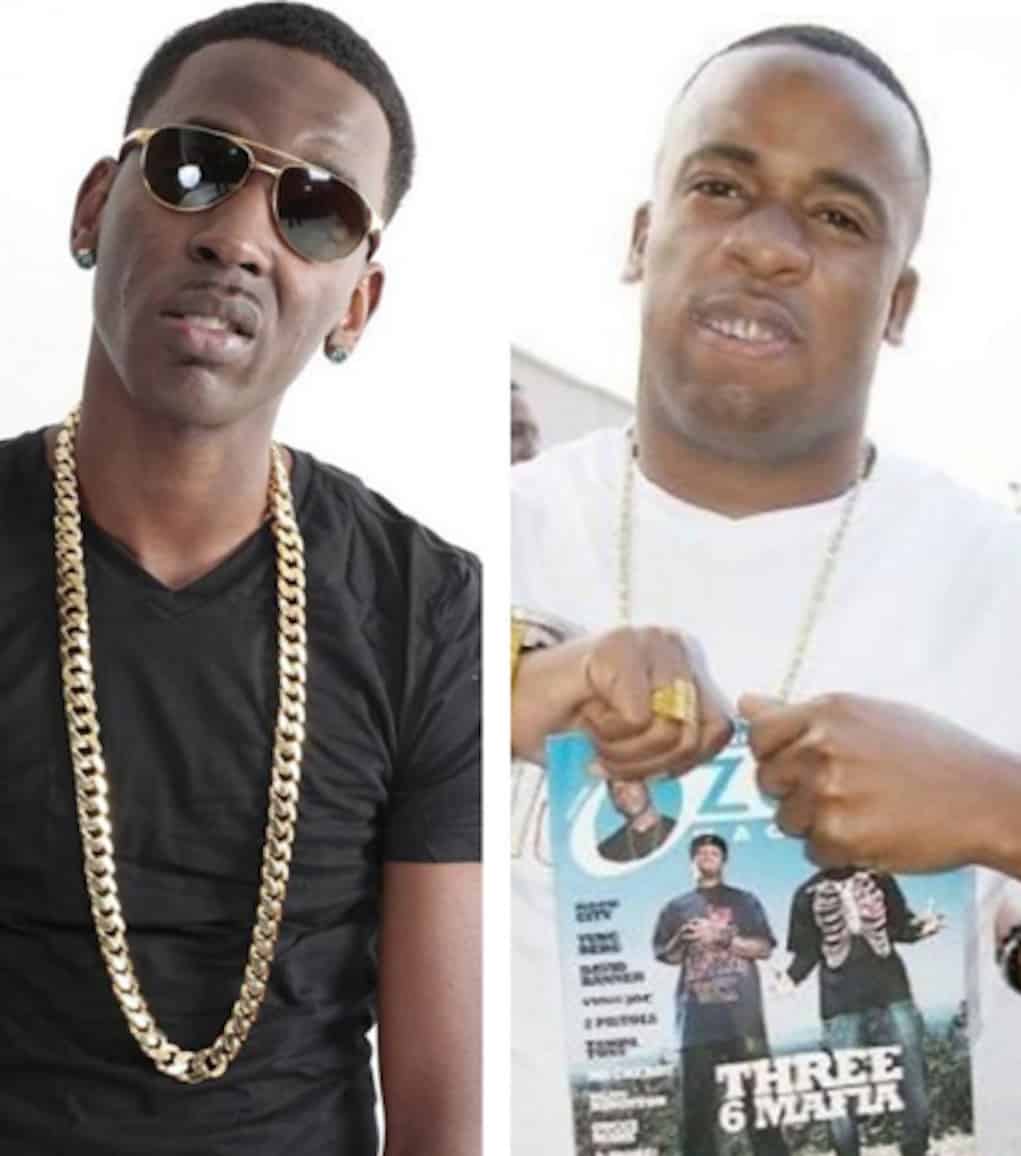 Memphis rappers Young Dolph and Yo Gotti won’t be teaming up for a collab anytime soon. The two have been beefing for a minute, and it all started when Gotti allegedly put a hit out on Dolph…spraying 40 bullets into his tour bus!

Dolph survived the attack, but he still has a target on his back. But this time, Gotti sent his artist, Blac Youngsta, to do his dirty work.

Blac and a group of armed Bloods showed up in South Memphis, looking for Dolph…and the whole thing was caught on video!

After the video hit the internet, Gotti sat down for an interview, and tried to spin the situation into a beef between Blac and Dolph. Gotti claims the whole thing was a misunderstanding, and blamed Blac and Dolph’s issues on them being young and dumb!

“It was probably a misunderstanding. Ain’t nothing really popping. I caught a little bit of it. Little homie young and wild in the streets. They just move a little different. But [Blac] is on the team, so I always give him the proper advice that I believe I should give him from a big brother standpoint of what I think you shouldn’t do. It ain’t really worth it. We got too much paper to get,” ~ Yo Gotti

But Dolph isn’t backing down. He posted a bunch of videos on Instagram calling out “Ho Gotti” as a rat! Even though Dolph seems to be the one targeted, he claims Gotti is pressing charges and getting the police involved in their beef!

First thang first everybody kno it's u HO GOTTI, dats sendin your artist out to say da lame shit he been sayin and doin ..LOL(lame)… I GUESS U STILL MAD CAUSE I DIDN'T NEVER SIGN WIT YO PUSSY ASS?.. Or is u still in your feelings cause u fail out wit Gucci Mane and u was mad at me cause I kept rockin wit Gucci.? Sound like a lotta BITCH SHIT TO ME.. How u do all dat HATIN on me, then go put da police on me????.. shit sad… U CAME IN DA GAME HATIN ON 3-6 Mafia, NOW U HATIN ON DOLPH(smh) WWF ass nixxa‼️??

currently on da eway in one of my foreign's dat I got off da SHOWROOM floor wit 0 mileage… And I got HO' GOTTI first 3 record deals on my wrist‼️ ?? #iTriedToSpareYourPUSSYass #YouDidItToYourself #TalkForYourselfBITCH #YourArtistNeverMetMEinHisLife #FakestRapperInTheGameGoToHoGotti smh ??

i wasn't gonna say nuthin bout none of this shit but, when I got to Memphis today dis the news i got…. SMH, dis p*ssy is a disgrace to Memphis.. Dis nixxa on sum police shit y'all better read thru da lines. And he gonna send all his nixxas out to crash out like he been doin cause he a p*ssy and not gonna do shit hisself.. U HATE ME DAT BAD BRA? Sorry for askin, I KNOW U DO‼️ u tried to hold your HATIN in long as you could, but i guess u can't take it no more…. DIS DA FAKEST NIXXA IN DA MUSIC GAME AND IM SHAME TO SAY DIS PUSSY FROM MEMPHIS‼️ I feel sorry for all da ones dat support dis WWF as nixxa??…………?? smh #BigHeadDownSyndromLookinAssNixxa #HoGotti