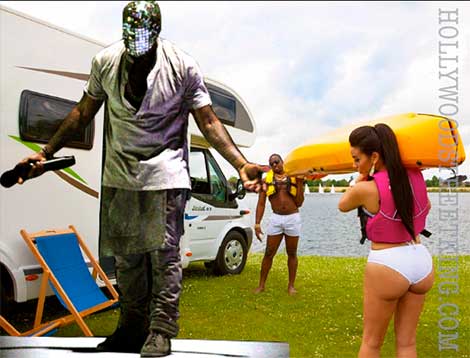 “Kanye doesn’t do all of his live shows…”

HSK Exclusive – Kanye West isn’t only being exposed as the brainchild behind a string of Kimye spoof pictorials, he’s also said to have often used the fake Kanye featured in the images to stand in for him at some of his concerts!

According to our insider… Kanye uses his infamous mask as nothing other than a tool to help his impostor “trick concert goers”.

“He came up with the idea to wear a mask just so he could have a hired impostor fill in for him and pretend to rap over his recorded vocals.”

“Kanye doesn’t care about his fans… all he cares about is getting into the fashion industry. Kanye is like 35-years-old and he doesn’t have the energy to do fives shows a night… so he hired an impostor.” 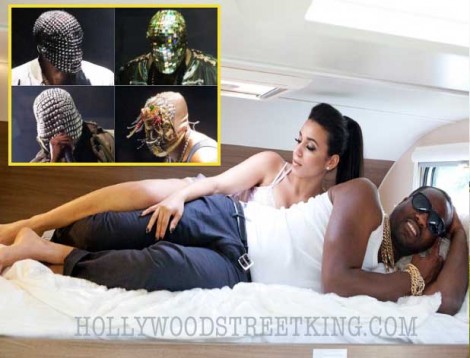