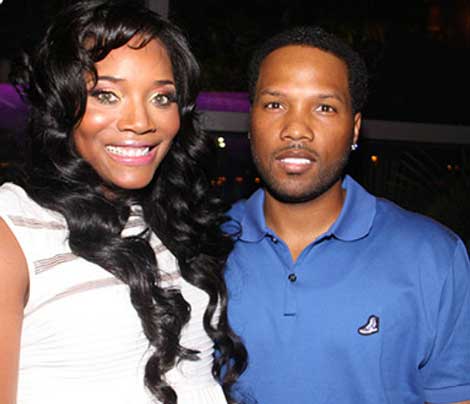 Missin’ That Love In Hip Hop?

There seems to be trouble in paradise for Yandy Smith, as word the new mother is reported to be facing some serious baby daddy drama. Sources say the original Love & Hip Hop personality’s long time boyfriend, Mandeecees Harris – who’s also the father of Smith’s newborn child – is using her for shine, while bringing heat to the home the couple shares.

This news comes as word of a police raid took place at Yandy’s home – over her baby daddy’s reported street endeavors.  Now, sources say Harris could be taking advantage of Smith’s entertainment connections as a way out of that street life.

Here’s what an insider had to say about the situation:

“At least her and her child were safe… Mandeecees, is a player and Yandy gotta get over it. He’s using her.

Madeecees been smashing chics while he dates Yandy, and she knows. Yandy told Mandeecees to come on the show ‘Love and Hip Hop New York’ to get shine.

That’s the only reason why Mandeecees moved in with her.”

Here’s what Wives Confidential has reported:

“Mandeecees had another child with another woman, while he was dating Yandy. Prior to staying with Yandy, he was shacked up with the mother of that child out in New Jersey.”