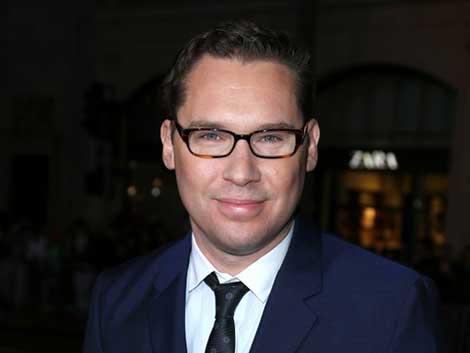 “The news that X-Men director Bryan Singer is being sued by a man who says Singer raped him multiple times when he was 17 might come as a surprise to some—but in Hollywood his taste for a very specific sort of young man was well known.” ~Defamer

Director Bryan Singer has been accused of sexual abuse of an underage boy in a new civil lawsuit filed just weeks before the scheduled release of his next movie X-Men: Days of Future Past.

The suit, filed yesterday in Hawaii federal court, details multiple incidents in which Singer allegedly drugged, raped, and otherwise sexually exploited plaintiff Michael Egan III in 1998 and 1999, when Egan was 17. (The court documents are here in full, via The Wrap.)

“Singer’s Obsession With Barely Legal Boys Was an Open Secret”

Here’s what is being reported:

“Egan, who is now 31 and identifies as heterosexual, was allegedly introduced to Singer in 1998 through former Digital Entertainment Network chairman Marc Collins-Rector at the latter’s mansion in Encino, California. The director, the suit alleges, was part of a “a group of adult males similarly positioned in the entertainment industry that maintained and exploited boys in a sordid sex ring.” Collins-Rector, a registered sex offender who pleaded guilty in 2004 to luring minors across state lines for sex, was not named as a defendant.

Several of the incidents the suit describes—in which Singer allegedly drugged and raped Egan on multiple occasions, promising Egan acting roles if he complied and threatening to ruin him in Hollywood if he refused—allegedly took place during parties at Collins-Rector’s mansion, while several others allegedly occurred at an estate in Hawaii, where the suit was filed in U.S. District Court. Egan’s attorneys are being led by Jeff Herman, who specializes in sexual abuse cases.

The lawsuit details multiple threats made by the hosts and attendees of these sex parties, including financial incentives. Egan, the suit alleges, was placed on Collins-Rector’s company’s payroll as an actor and given extravagant gifts “in an attempt to manipulate his compliance with the sexual demands of those adults who frequented” the mansion. Egan has also contacted police about the matter, his lawyer’s media director told The Hollywood Reporter.

“My mom turned it in when I was a kid … and what happened was, it fell on deaf ears,” Egan said at a press conference in Beverly Hills today, during which he alleged that multiple other men had raped and otherwise exploited him sexually. “We didn’t get anywhere with it, so I buried it as deeply as I possibly could.”

Egan said the experience caused him to begin drinking heavily, but that he quit in 2012 and entered trauma therapy 11 months ago, which he is currently undergoing.

To make things more complicated, the suit comes at a weighted moment: both a week before the expiration of a two-year window created by the Hawaiian legislature allowing old sex abuse cases to be filed, according to Herman, and just a month before the premiere of Singer’s latest film, X-Men: Days of Future Past on May 23.

“Hollywood has a problem with the sexual exploitation of children,” Herman said in a statement. At the press conference, he added that he has “no idea” if the police will be pursuing a criminal case. “This is the first of many cases I will be filing to give these victims a voice and to expose the issue.”

The lawsuit states Egan is seeking more than $75,000 each for charges of battery, intentional infliction of emotional distress, invasion of privacy, and assault. However, it does not give any exact dollar amount.”