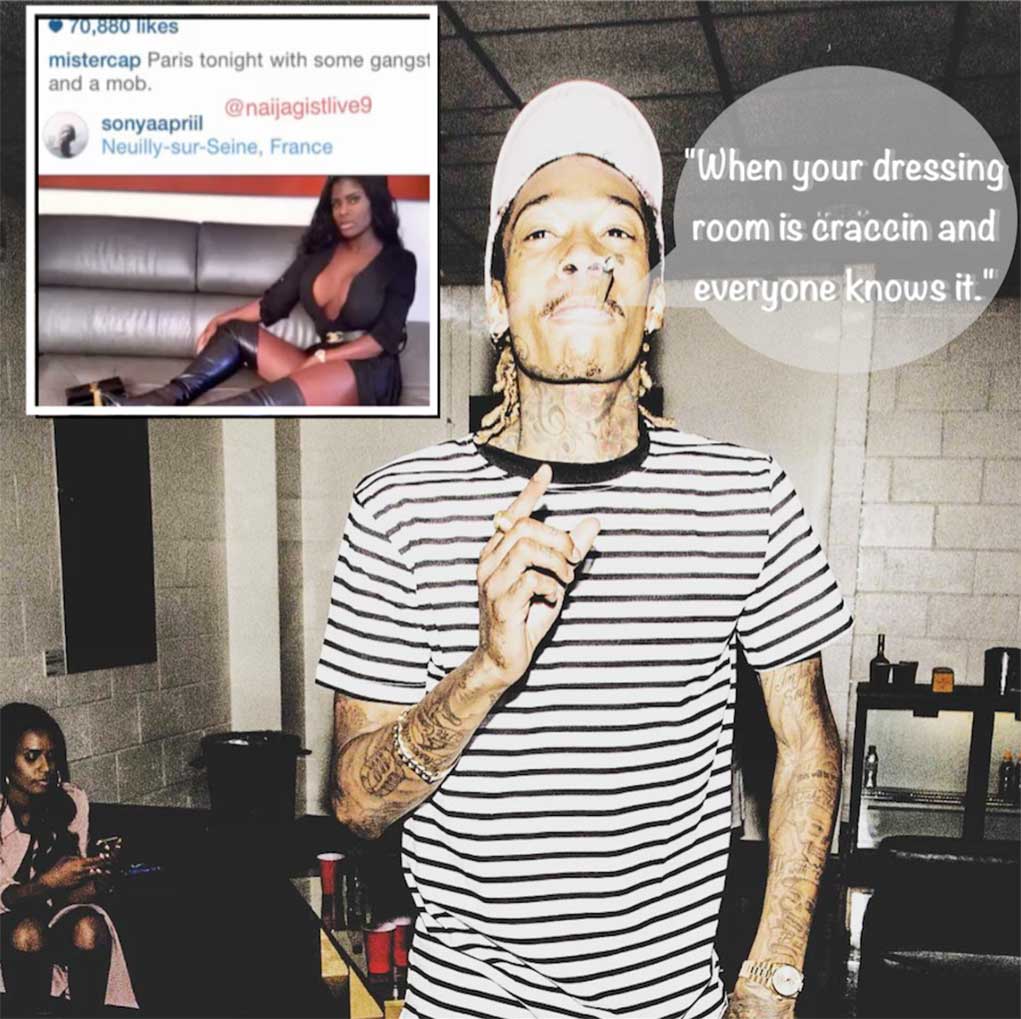 What do Wiz Khalifa and Soulja Boy have in common? Apparently, the same trans prostitute!!!

You’ll recall … Soulja Boy was recently spotted with one “Sonja Apriil” — reported to be a “well known” Parisian prostitute. That would be the same transgender ‘working gurl’ that Wiz Khalifa — real name, Cameron Jibril Thomaz — was was recently in Paris, France, “out and about with”.

“Sonya, is a well known escort that gets around. Well if that’s what Wiz is into…”