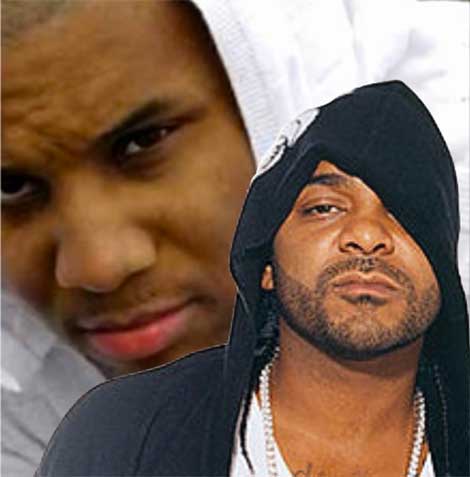 Testimony from the murder and racketeering trial against one NYC drug kingpin reveals… Jim Jones may have escaped from becoming a murder victim, back in 2010. Just ask Algenis Caraballo… the government witness who took the stand against Ronald ‘Ra Diggs’ Herron, during yesterday’s court proceedings.

Caraballo — a former personal driver for Ra Diggs — said Jim Jones caught street beef with Ra Diggs after he booted the reputed crack kingpin out of his recording session over a Bloods gang dispute. “Jones barked at him, ‘Take that Bloods s— outside!'” Caraballo told the court. “Ra was enraged.”

“Herron stormed out of the studio, shattering a glass door… they tracked down Jones later that same night… to shoot Jones.”

He [Ra Diggs] was accompanied by a couple of armed goons when they tracked down Jones later that same night at Sue’s Rendezvous jiggle joint in Mount Vernon. “The DJ shouts out, ‘Ra Diggs is in the building!’ and Jim Jones observes Ra there and it’s like he’s seen a ghost, scared,” Caraballo told prosecutor Shreve Ariail. Jones quickly left. Herron’s late enforcer at the Gowanus Houses, Tremaine (Cakes) Patterson, were “looking for an eye signal from Ra” to shoot Jones, the witness said. Jones fled in an orange Camaro, Caraballo recalled. “His whole entourage left,” he said.