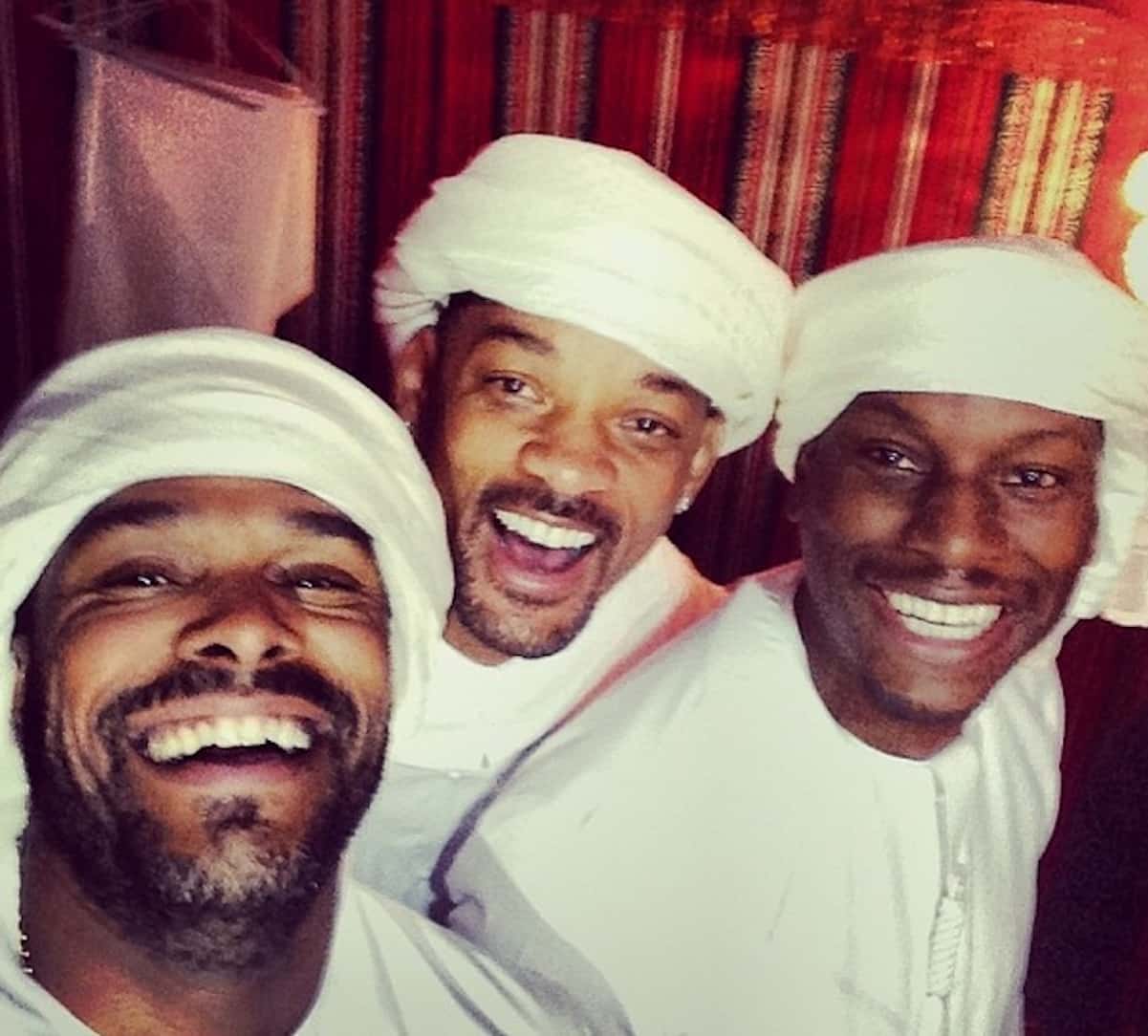 The reason Tyrese’s $5 million dollar wire never came through is because the Smiths never promised to give him any money!

Sources close to the couple said they didn’t give Tyrese any money at all. They’ve been friends with him for years, and they’re really worried that Ty’s having some sort of breakdown.

Meanwhile, Ty says he’s on his way to Abu Dhabi for the Formula 1 race so he can get away from America. But you know he likes to lie, so until we see him on the track, we’ll just assume he’s pulling stunts as usual.

UPDATE: The Formula 1 race isn’t until Nov 26, and you know he can’t afford to fly out today and stay in the UAE for 3 weeks. He lyin’!

Time to hit the gym…… When you Live and speak your truth you have to be willing to #AgapeLove on your haters and enemies – no one wanted to hire me, no one wanted to close deals with me false accusations have been following me for 10 years I’m not done yet but I’m almost at the finish line and the goal is my baby……. I’m headed to Abu Dhabi for the formula 1 races and to see my non judgmental family and to take a much needed break from America and the blogs – My wife gave me a complement this morning she said you need to keep that fire extinguisher with you cause more fires ? and accusations are potentially on the way …. ! told her no – Gods already protected me and if the devil shows up again ! will actually be so much more ready than what ! was at first……. Monday ! hope to get my baby back….. The first thing ! will do is apologize cause ! know me and her mother has created a lot of unwanted attention 10 years for Mommy only 3 months for daddy gets the hugs…. to my Middle East family Abu Dhabi races ! can’t wait!! FaceBook.com/TYRESE go there now please go there right now!! ( link in my Instagram bio ).. O line up those meetings bro…… O???? #VoltronChairman #VoltronStudiosHollywood #VoltronTravel.com Romans. 8:31. What then, shall we say in response to these things? If God is for us, who can be against us? The good word says VICTORY IS MINE!!