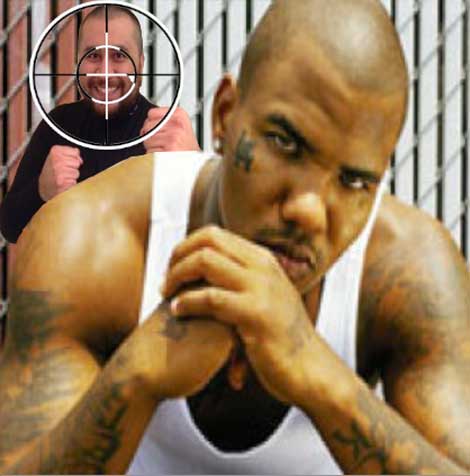 If Game had his way he’d “beat the f*ck out of” George Zimmerman, without facing any legal repercussions. Of course, Game’s not alone … many Blackmen would too!!! Know why? The acquitted murderer of an unarmed Trayvon Martin has signed on to take part in a pay-per-view boxing match, scheduled to go down on March 1st.

“Boxing promoter Damon Feldman offered Zimmerman money to fight, but the opponent has yet to be selected.”

According to recent reports, the monies Zimmerman and his soon-to-be opponent will make will be donated to charities — with Zimmerman claiming his guap’s going to an “an animal rescue.”

“Only in America can you be famous for killing a Black child in cold blood.” ~George Zimmerman, Twitter [now-deleted Tweet], Jan. 30, 2014

Here’s what Game had to say:

“I would box him to knock him out. I would definitely take pleasure in it. It’s legal, and I want to show him you can solve your disputes without a weapon.”

“It was my idea. Prior to the incident [the killing an unarmed Trayvon Martin] I was actually going to the gym for weight loss and doing boxing-type training for weight loss and a mutual friend put me in contact with Damon and provided me with an opportunity and motivation to get back in shape and continue with my weight loss goals and also be able to help a charity out.

Boxing isn’t new to me. It’s something I had picked up well before the incident and it’s something that I liked, I enjoyed, and I kept up with it and I was able to lose a tremendous amount of weight and get a healthy lifestyle.

So it’s not a new hobby, it’s something I have been doing and wanting to pursue to maintain a healthy lifestyle.

I don’t have a preference [on opponent] as long as it goes to charity, doesn’t matter to me. Hopefully someone that won’t hurt me too bad!
If I had my top three I’d say Papa Smurf, the Easter Bunny and maybe the Michelin Man.”

The promoter is taking offers for the ‘Celebrity Match’ at fightgeorge@hotmail.com. 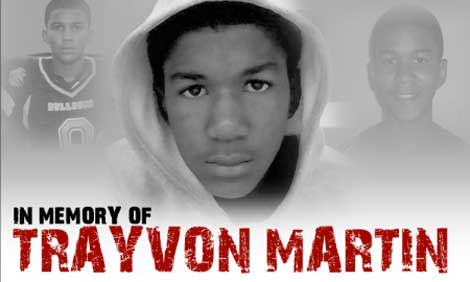