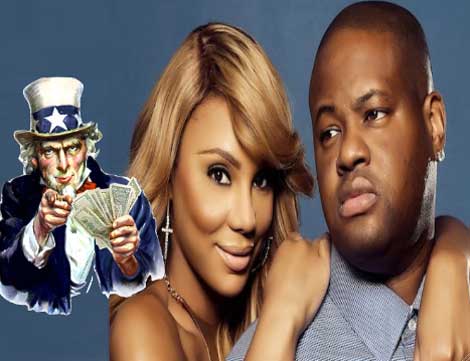 Recently released court docs, exclusively obtained by HSK below, reveal Tamar Braxton’s husband has made the IRS’ hit list. That’s why Vince Herbert is said to have been slapped with a federal tax lien, and was ordered to pay up to the tune of $3,325,107.70.”

“Ironically, back in 2011, Tamar said that paying your taxes was the best advice she’d ever received. “Pay your taxes. NumberOne.com,” she told Black Enterprise that year. “It’s the truth. I’ve never wanted that issue. I don’t understand when people say, ‘I owe $100,000 in taxes.’ Or, ‘I owe $8 million in back taxes.’ What? How that work?! Pay your taxes and keep the IRS off your behind!”