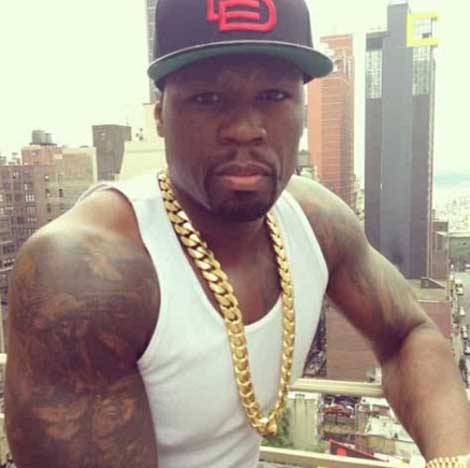 Could Fif be to blame for sparking a reported ‘rumor’ that Puff’s camp is shooting down? From a recently uploaded YouTube video, some say that’s what it is — “This is how the rumor started.” Though we can’t confirm the source of the recording, it seems to be taken from one of Fiddy’s podcasts.

The audio — jumpin’ off with Fif saying, ‘Ah Man, Puffy shut down Bad Boy’ — said to have been recording back on August 21st 2013 — hasn’t surfaced until now. During the more than three-minute long recording, Fiddy says, ‘Now Frenchie’s at Interscope.’

This news come after word of a shake up of Bad Boy employees began to circulate: “People have either been fired or moved on to other companies.” According to XXL, a rep from Bad Boy officially has confirmed that “Bad Boy shutting down isn’t true.”

“We already broke the news that Diddy has officially closed the doors (or will soon) on the iconic Bad Boy Records. With some of the label’s employees given their pink slips and others allegedly transferred to his new business lovechild REVOLT, the end of an era in Hip-Hop has officially been read its eulogy. Calling a spade a spade, Bad Boy hasn’t been a major player on the mainstream scene in years aside from a Dirty Money album here and a French Montana single there. Most notably following Biggie’s passing and the conclusion of label’s glory days, the running sentiment was that Puff’s musical home became a house of horrors for any artist who broke bread with him. Per the rumor, artists currently under Bad Boy like French and Janelle Monae have all been relegated to Interscope Records, who just snagged J. Cole and Dreamville yesterday. Music truly is becoming like the NCAA, just lumping talent under a set number of conferences (labels). As for Diddy, time will tell how much he’ll have his hand in the music business in the manner we’ve come to know since the early ’90s. Perhaps he’ll dedicate the majority of his time to getting REVOLT on more televisions across the country. And his endorsements, a la Ciroc.”

Take a listen to Fiddy’s drop for yourself: