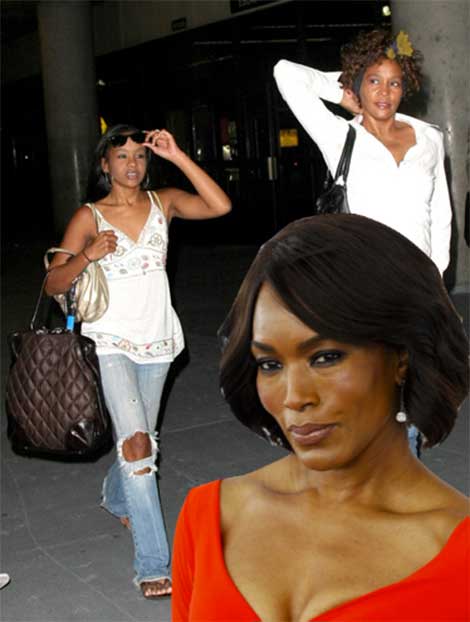 Angela Bassett may be directing the docufilm surrounding her late legendary mother… but if Bobbi Kris had her way, she’d be directing Bassett right out of her director’s chair. That’s why Bassett has finally addressed the Twitter bombs Bobbi Kris set off last month… letting it be known that she’s moving forward with her Whitney Houston biopic plans… without Bobbi Kris.

Bassett says she’s “focused on acting talent not on relationships.” This, after Bobbi Kris let it rip over not being cast to play Whitney Houston. Sources say… “Although she made it clear she wanted true acting talent for the film, Bassett still hired a cast of newcomers rather than acting veterans.”

“For Bassett, the group of fresh faces will allow people to “fall into the world of Whitney and Bobby [Brown]” as opposed to getting caught up in the actors and actresses themselves.”

“She also stated that she would not be offended if members of the Houston family decided to produce their own biopic about the I Will Always Love You crooner.

Bassett explained that Houston’s story was so “massive” and her talent was “so galvanizing” that it is impossible to capture every aspect of her stardom in one film.”

Here’s what Bassett had this to say about Whitney Houston:

“She had to play out her choices, and the consequences of them, in a very hot, glaring spotlight, but we’re not interested in dragging that through again.

She was like no one ever known before. She deserves to have this movie, and another movie, and everything and anything else.

It’s an attempt to illuminate the complexities of human behavior and life. And this is a very fast-paced schedule; we have just 21 days to tell this story. It’s more than just saying lines and turning the light on.”