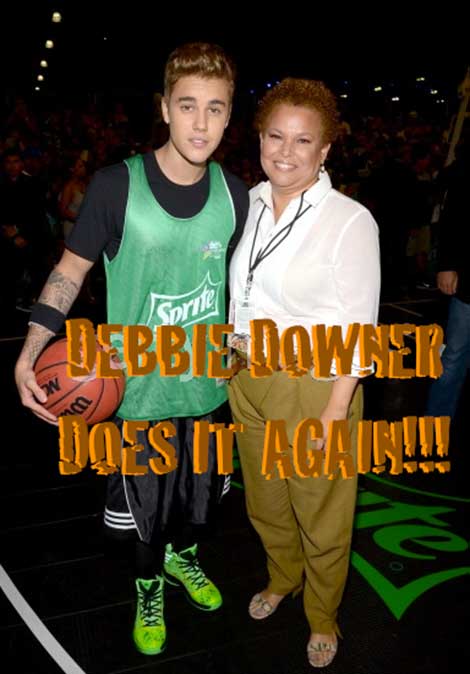 HSK Exclusive – Less than one day before Debra Lee delivered her “Impact of the Civil Rights Act of 1964” speech, during last night’s BET Awards, she was apparently all about running with the likes of bigots.

Well one of ’em, at the very least. Just ask Justin Bieber.

Now ya’ll already know that it’s been barely a month since Biber was exposed delivering… not one, but two… repulsive rants… NOT TO BE EXCUSED FOR ‘JOKES’ … on Black people. But that didn’t stop Debbie and her BET network from biggin’ up Bieber at Saturday’s “The BET Experience At L.A. Live.” The event proves to have been complete with the continued coonery first sparked by BET’s Best-named ‘Young Money Over Everything’ camp…

‘Bieber does not have a slave mentality. He treats his people with respect.’ -Mack Maine

“Justin Bieber calls us n*ggers and they can’t wait to kiss his ass.” 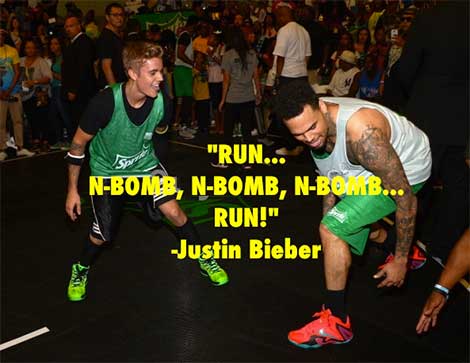