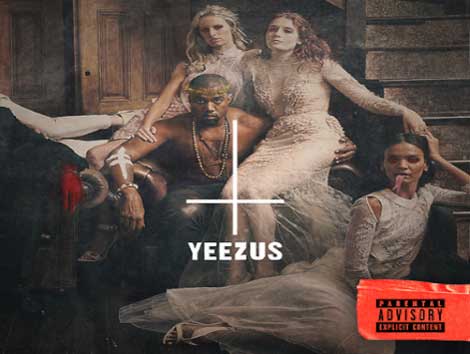 The devil’s busy, ya’ll … and probably on to the next ‘Kanye.’ Know why? This man has somehow sparked a bizarre, brainwashed group to continue Yeezus’ Blasphemy! Between Yeezus, Beysus and J-Hova, if anyone can’t recognize what’s going on … God help you.

“Jesus has all this baggage and all these connotations, and Yeezus is this new thing.” ~Yeezianity Founder

Yup, it’s a wrap. Generation ‘All About Me’ has spoken. Now, let’s look at the so-called ‘Five Pillars’ this sinful set of soulless people say are teachings of this ‘Yeezianity Religion.’

1. All things created must be for the good of all …

REALLY? What has ‘Yeezus’ done for Chiraq lately?

2. No human being’s right to express themselves must ever be repressed …

Does that include a Black man parading around wrapped in a Confederate flag?

3. Money is unnecessary except as a means of exchange …

OKAY THEN, Did ‘Yeezus’ not boast about his squandering of $6,000 on a pair of shoes?

4. Man possesses the power to create everything he wants and needs …

WANTS and NEEDS? To some that would be shelter and food.

5. All human suffering exists to stimulate the creative powers of Man …

Would that include slavery, genocide, murder and rape?

“After I created it, I reflected on it and thought that this was just a rehashing of Christianity, but just throwing Yeezus instead of Jesus. And you know what? That’s why I felt Kanye did it. He just put the name there.

The one who calls himself Yeezus is a divine being who has been sent by God to usher in a New Age of humanity.

Jesus has all this baggage and all these connotations, and Yeezus is this new thing—and that’s why I say in the ‘Our Savior’ part of the site, ‘We don’t speak of his public persona.’ Because Yeezus is when Kanye elevates to that God-level.

We could be anyone you know, from your mailman to the mayor of your city.”