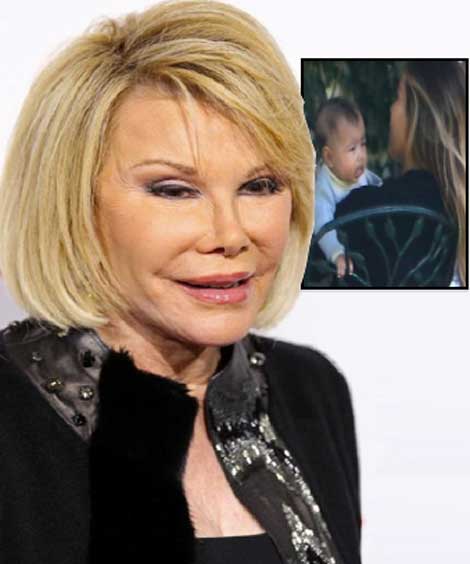 Not long after Kim K brought her six-month-old to E! offices, where Rivers hosts ‘Fashion Police’, the 80-year-old crazed critic told her E! audience, “That baby is Ugly!”

“That baby is ugly … I’ve never seen a six-month-old so desperately in need of a waxing.”

I think children and women ***not whores*** are off limits. What do you say?