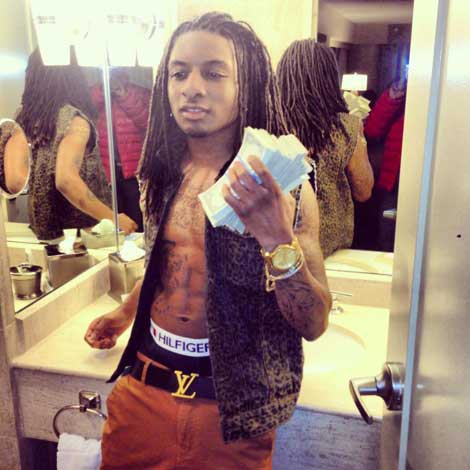 The man accused of putting out a hit on his mother, a prominent Uptown stylist, that resulted in her death in September 2012 is a local actor and rapper with a sizable social media following.

Qaw’mane Wilson, a 24-year-old man whose stage name is “Young QC,” is accused of enlisting the help of two other people to kill his mother, Yolanda Holmes, the owner of Nappy Headz Salon, formerly at 4141 N. Broadway.

Holmes was shot and stabbed to death on Sept. 2, 2012, at her home in the 1000 block of West Montrose Avenue. Wilson’s reason for allegedly hiring a hitman for the grisly act, according to court documents, was “financial gain.”

One week after Holmes’ death, Wilson, her sole beneficiary, liquidated his mother’s bank accounts, collecting more than $90,000. He also was beneficiary of two of her life insurance policies, according to court documents.

On various social media platforms — including Facebook, YouTube and Instagram — Wilson can be seen holding stacks of currency, being around expensive cars or wearing designer clothing.

Wilson, who was arrested Sunday and charged with murder and home invasion, has thousands of followers on those platforms.

In May, he posted a video to his YouTube account that has gotten more than 8,600 views and shows him “giving back to his fans.” The video shows him hop out of a car in the parking lot of a West Side Chase Bank. He talks about withdrawing $20,000 “just to show people I’m on a whole other level with this.”

Then Wilson heads inside the bank and emerges with stacks and stacks of hundred dollar bills. The video soon cuts to his “fans,” in a frenzy as he launches the cash in the air at another location.

Many of his social media followers have chastised him publicly for allegedly masterminding the death of his mother.

“IF THE FACTS ARE TRUE, THE DEVIL IS PURELY ALIVE AND WELL, QC HAD EVERYTHING HE WANTED FROM HIS MOTHER… ONLY CHILD!! GOD BLESS HIS FAMILY & KIDS”

Yunae Holmes, the victim’s sister and Wilson’s aunt, had a similar posting Tuesday: “I’m trying to figure out why he would do such a thing. She did everything for him.”

Wilson, and his alleged accomplices Loriana Johnson, 23, and Eugene Spencer, 22, were all ordered held without bail Tuesday for the slaying of Yolanda Holmes.

This is what today’s society will do for 15 minutes of fame, he probably thought his video was going to go viral leading him to label deal. 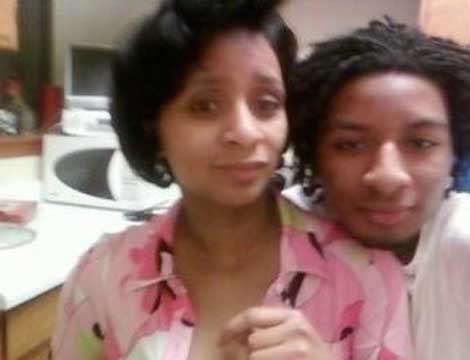