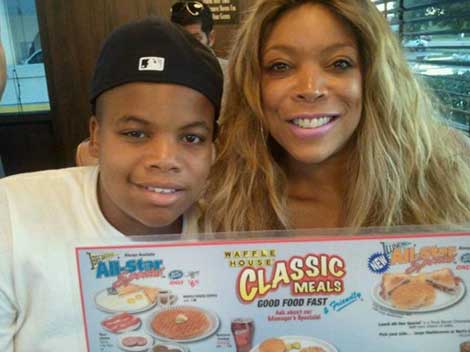 Joan Rivers may have called KimYe’s kid ugly, but she ain’t got nothing on Wendy Williams! Know why? The ‘Biggest Mouth in New York’ has used the very hole in her face to shoot at … her own Son!

“Williams made fun of the relationship her husband and son share, complaining that they do everything together and she is “left there alone.”

“I know he’s 13 and he’s all into his father…it’s breaking my heart…he says things to me like why are you so pissed? Like I’m pissed all the time, like I am the one with the problem!”

“I don’t know her son and their relationship, but if she wants a few quick parenting tips on how to get along with your kids, the top tip would be “don’t shame them on national television to get the sympathy of your viewers!”