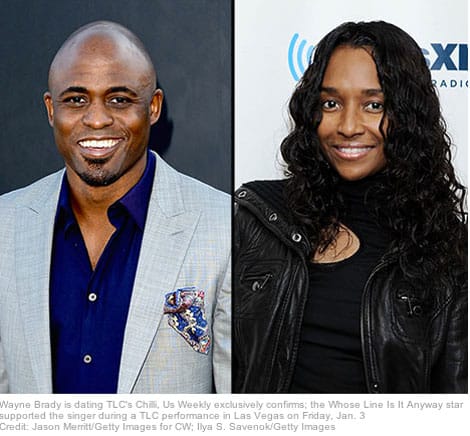 Wayne Brady is dating TLC’s Chilli, Us Weekly can exclusively confirm. The relationship is fairly new, but the couple has already shown their affection for each other in public. On Friday night, the two were spotted holding hands while the comedian supported the singer during a TLC concert at the MGM in Las Vegas.

“They were so cute, stopping to take pictures with fans,” an eyewitness tells Us of the night out. “He kept her close to him the whole time.

It has only been two weeks but they really like each other,” a source adds. “They’ve been friends for years but there has always been this flirtation. Both of them had a hard time being single, so they love dating a friend and someone in the business. They make a really great couple.”