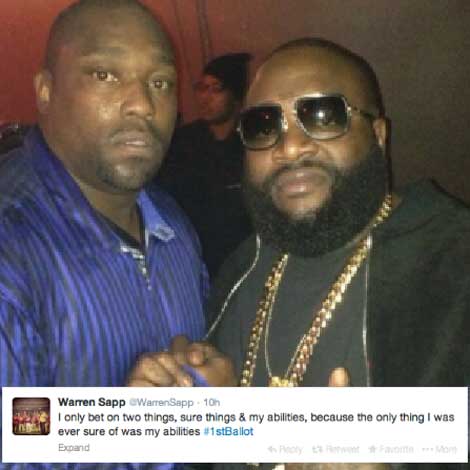 One day after the NFL underdog team took the Championship Super Bowl trophy, many of gamblers are left stunned. Puffy prayed, “Peyton, please protect me from brokeness.” Others — like rapper Rick Ross — showed no fear in puttin’ down 100-rack$ on the Seahawks.

“According to reports, Ricky Rozay believed the Denver Broncos would fall Sunday night. How much faith do you have in Peyton Manning? About $100,000 worth against the Legion of Boom a.k.a. the NFL’s No. 1 defense? Eh, maybe about $50 and perhaps–a strong perhaps–a DVD of season four of The Wire. Legend Warren Sapp might have over-wagered a little bit in his bet with Rick Ross.”

Mister Maybach’s gamble is one alleged to been made against Warren Sapps’ supposed bet on the Broncos. Now, the NFL legend is shooting down all word of doing any such thing … 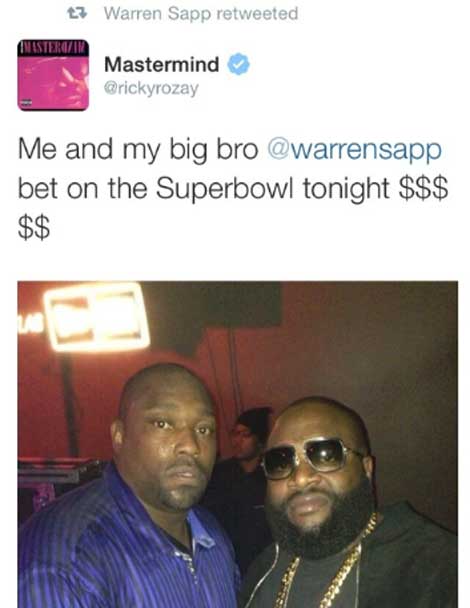 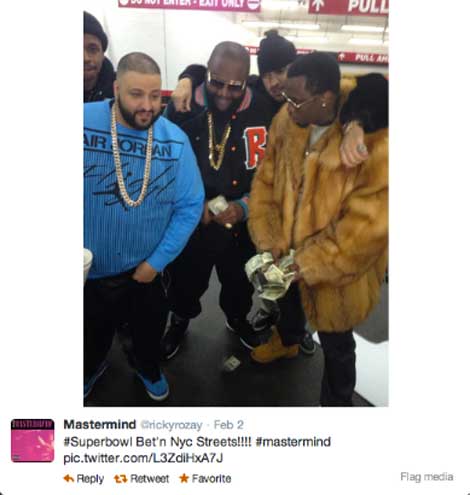