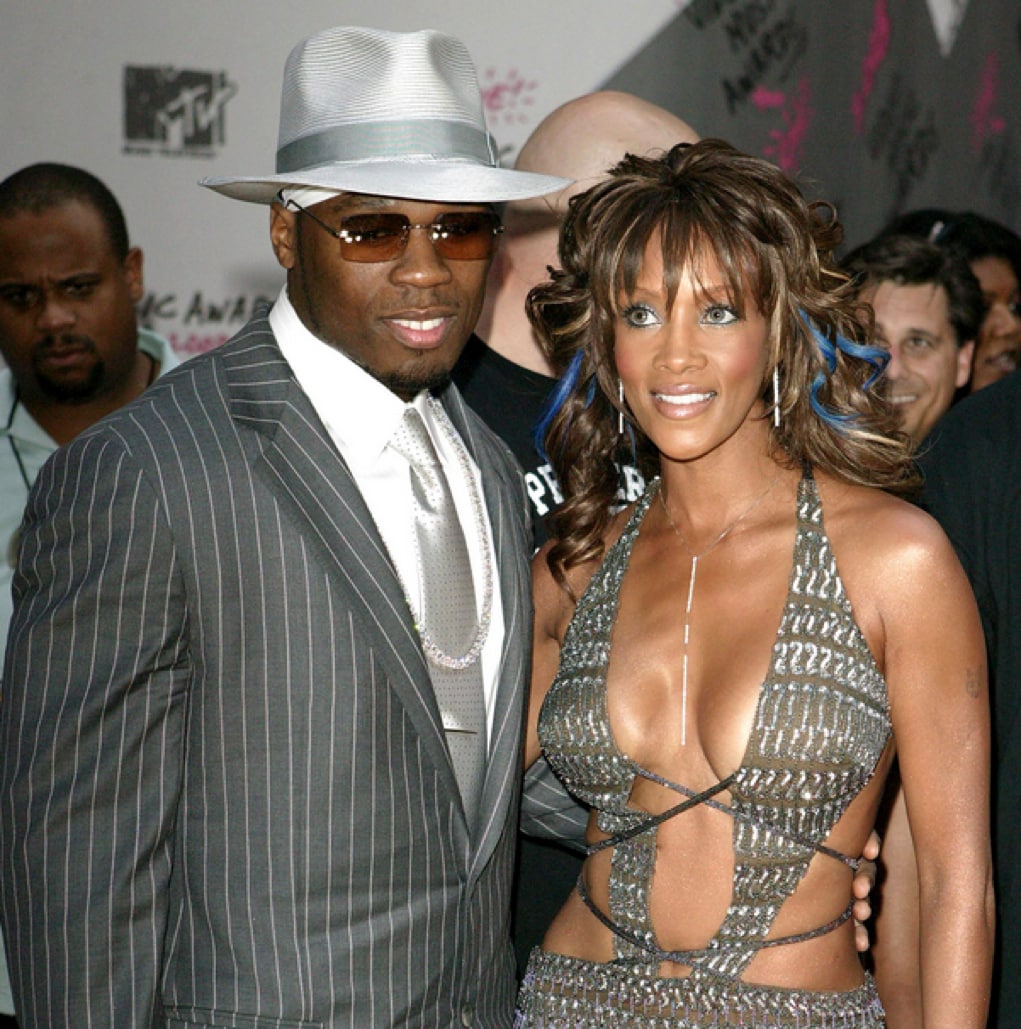 In the case of 50 Cent’s alleged Shades of Gay, and the green shades of envy Fif says Vivica Fox threw [on the low] at Halle Berry … it’s only a matter of time before we find out how deep the pair’s beef will go! [no pun intended] But one things fa sho! Vivica sure has displayed the cunning of a Fox –droppin’ dat bomb, impromptu style. AND … she just might do it again!!! Don’t believe me.. Just ask Soulja Boy.

“Let me say this!! Wasn’t speaking about @souljaboy only my EX [50 Cent] and his antics! I apologize for that to @souljaboy” ~Vivica A. Fox

Vivica Fox surfaced out of no where on a talk show with Kandi Burruss giving her some tea about 50 Cent being gay. “Any thoughts when 50 Cent blame the second season ratings on gay stuff?”

“First of all, you know the pot called the kettle black is all I’m saying,” replied Fox, who dated the Get Rich or Die Tryin’ rapper, 40, in 2003, when his career skyrocketed. Fellow WWHL guest Real Housewives of Atlanta star Kandi Burruss chimed in: “That was some tea! That was shade. That was major shade.”

Peep what Fiddy has to say about it:

“Oh No!!! Now she thinks I’m gay because I let her lick my Ass. LMAO. Wait, I didn’t want her to, she forced me, my hands were tied. 50 shades of grey. Man somebody should have told her I’m a Troll. I got my asshole merit badge on now.” Bitch remember when you told me f*ck Halle Berry and you could have played all the roles she did better then her? And I just looked at you like what the f*ck kind shit did you take? LMAO.”