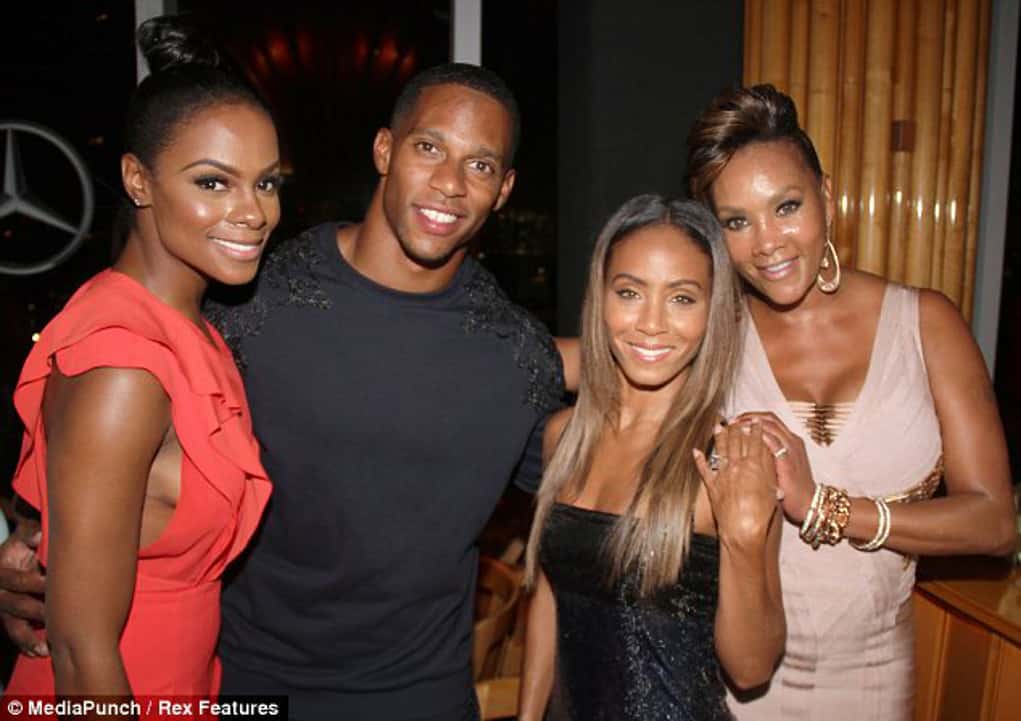 Victor Cruz’s fiancée has absolutely zero chill and she proved it by sending a group text to all the jump-offs in his phone.  The New York Giant is slated to marry Elaina Watley, and before the two tie the knot she wanted to set other women in his life straight.

“I should introduce each one of you to each other so we can all know who we have all been f—ing.” 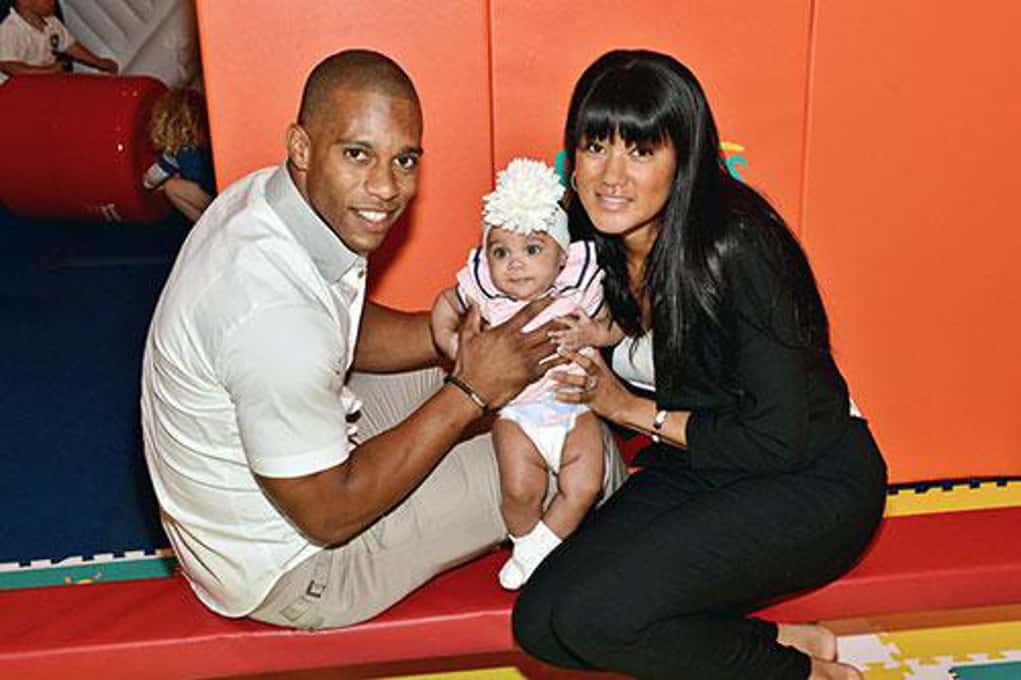 The group text, in which Victor was included, lets the other women know that Elaina knows about them and that her and Cruz are still very much together, and that’s why he only meets up with them in hotels.

“Hello ladies, this is Elaina– Victor Cruz’s fiancée. You all know about me and I seem to be the topic of conversations with Vic. I’m sure he’s told you many of [the] things about us and how we don’t exist, but given the fact that you all meet him in hotel rooms only, we all know that’s a lie – just as he tells me you all are whores and mean nothing to him … I figured since you all know about me, then I should introduce each one of you to each other so we can all know who we have all been f—ing for the past several months. So ladies, meet one another and feel free to exchange notes.” 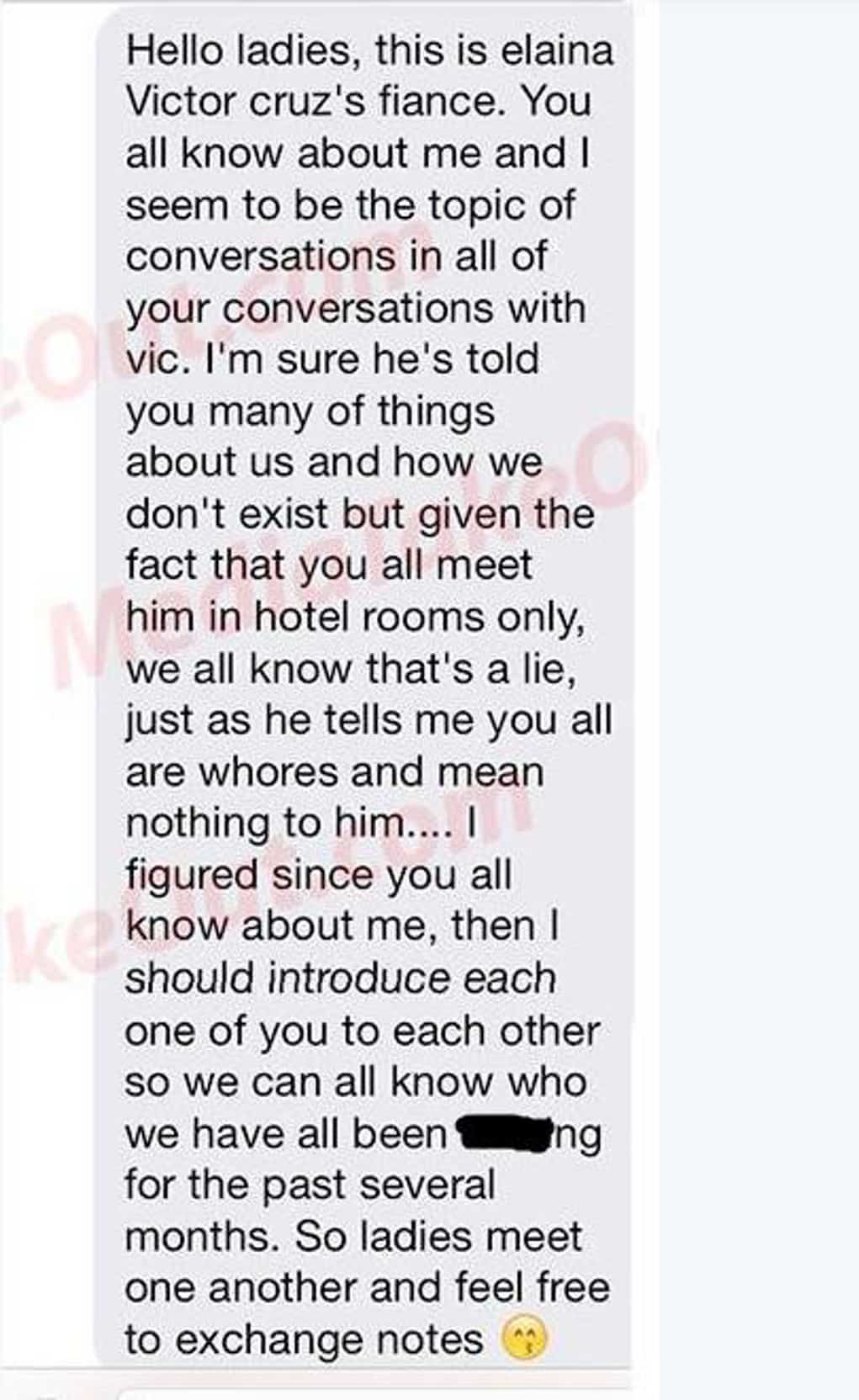 After the text message leaked online, Elaina took to her Instagram and posted this photo as a (sort of) response. 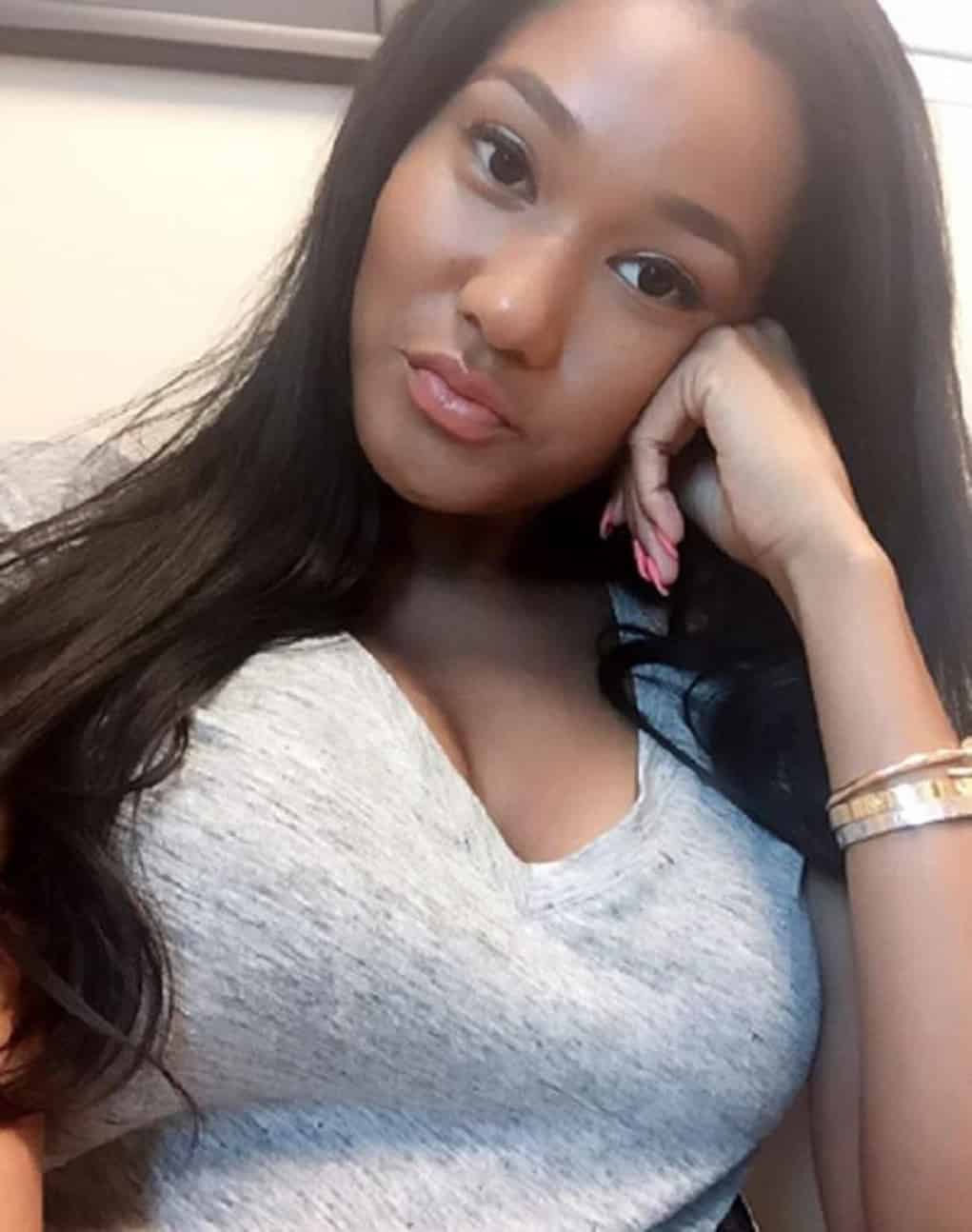