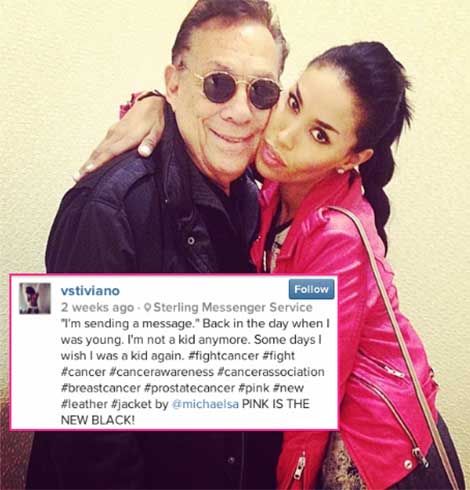 BIRDS OF A FEATHER FLOCK TOGETHER!

“She claims for three-years she was Sterling’s opposite-sex escort, who he paraded in public to conceal a truth he wanted to keep private.”

Is V. Stiviano attempting to cover-up any trans-gender-traces by putting out word that she “helped Donald Sterling hide his homosexuality”? Who knows or even cares? But since Stiviano brought it up… if Sterling is gay, wouldn’t that place V. Stiviano in the questionable bracket? Just sayin’…

This isn’t the first time Stiviano’s name has come up, on the other side of the rainbow. Back in June, HSK dropped exclusive word alleging the L.A. escort is “a chick with a d!ck” — a dizz-na-ee Sterling supposedly paid to have replaced with some Dr. 90210 business. Recent reports reveal Stiviano set off this ‘beard’ bomb – “as an answer to a prior lawsuit filed by Sterling’s wife, Shelly Sterling.”

“She maintains she was Sterling’s opposite-sex escort, who he paraded in public to conceal a truth he wanted to keep private.”

“Stiviano claims she never had sex with the billionaire bigot because he’s homosexual — and she was his beard.”

Shelly Sterling’s original lawsuit depicted Stiviano as a money-grubbing femme fatale who duped the former Clippers owner into giving her a Ferrari, $240,000 in cash and a $1.8 million house on the outskirts of Beverly Hills. Stiviano also filed a cross-complaint against Shelly Sterling on Thursday, claiming defamation.

“We deny all the allegations,” Stiviano said in her answer to the original allegations. “V.S. was D.T.S’s beard for three years prior to the filing of suit,” the answer claimed. “V.S. is informed and believes that (Sterling) is a homosexual and enjoys sexual acts and or sexual congress with males.”

The answer said that Shelly Sterling was “acutely aware of his orientation and condoned” his behavior, including his decision to give “gifts, money and other properties” to Stiviano for her public companionship. “Such gifts” were lavished “in the capacity” of Stiviano being “D.T.S. and Shelly’s beard,” the answer said.” 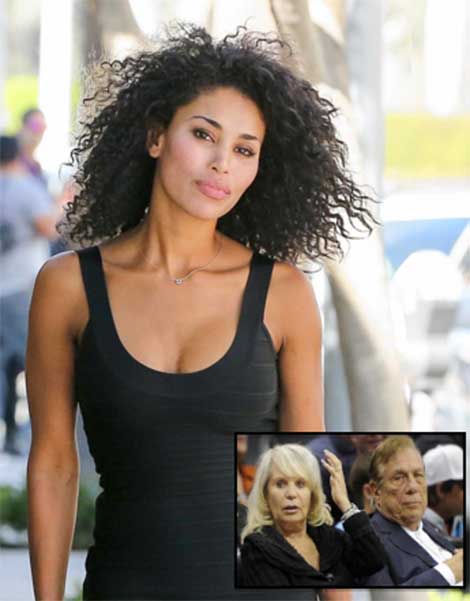