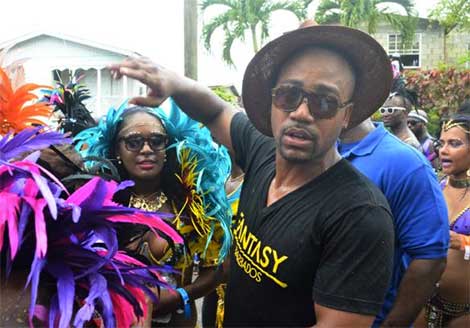 The last time we heard anything coming from Columbus Short, dude vowed to to never return to the U.S. again. It turns out Señor Scandal may have spoken too fast … having recently been arrested, booked – and likely had his American passport revoked.

This after he was labeled a ‘fugitive’, post bailing to the Barbados.

Short is now revealed to be coming up short, since his word of his Wednesday arrest in the Valley just broke. According to insiders, “he missed one hearing in California due to his party plans in Barbados, and he was still there on Wednesday when he was scheduled to appear again..”

“He was arrested and taken into custody in Van Nuys upon his return to the U.S. on Thursday. His bail was increased to $500,000 after he failed to make it to court on Wednesday.

His bail in another case has been set at $250,000 after he failed to show up at a hearing in a criminal case involving a bar fight. The actor couldn’t appear because he was in custody for failure to show at his Wednesday court date.”