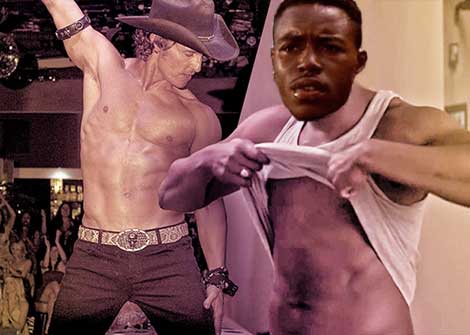 HSK Exclusive – A drunken Assistant to Casting Director Carmen Cuba is saying that Tyrin Turner is slated to audition for the role of a dancer on Magic Mike XXL.

The assistant went on to say that, 44 year old Tyrin Turner wants to resurrect his acting career as stripper on sequel to Magic Mike.

Here’s some more of what Carmen Cuba’s assistant had to say:

“I can’t wait to see Tyrin’s audition. I wonder what his gangsta homeboys are going to think of him when they see him dancing in thongs?

He went from a gangsta on the movie Menace 11 Society to wanting to be a stripper.”