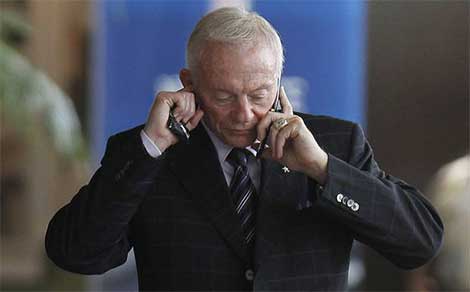 Is Michael Sam a Dallas Cowgirl?

Since Dallas Cowboys signed Michael Sam, the teams apparel sales has jumped to number one in the NFL.

“Sam was going to be denied an opportunity for reasons beyond his control. The only decision he made to bring on this attention was a very admirable one… being open about his sexuality, and thus serving as a role model for others … Jerry Jones bailed the NFL out, temporarily at least. Sam will get another shot.”

Did the Dallas Cowboys signed Michael Sam as a mascot to get television airtime and to sell stadium seats? I don’t know, but I’ll let you chime in.