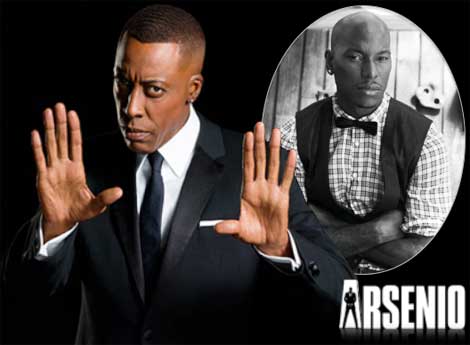 Tyrese is hoping to recover Arsenio’s trust after he and his TGT crew didn’t show up for their spot on The Arsenio Hall Show, last night. It’s a gig Baby Boy admits he asked Arsenio to make happen. That’s before he appears to have taken a passive-aggressive social media stab @ArsenioHall: “It’s expected of A-Hall to publicly speak on it.”

To be sure, Arsenio announced TGT was set to take his stage 24-hours earlier. Don’t believe me.. Just ask Suge Knight.

According to an insider, “the studio never looked and smelled so good! 200 women ready to show TGT love.” TGT’s unexpected absence left Arsenio scrambling to fill airtime. With the help of a group of stand-up comedians the OG TV host was able to pull it off. Ty now blames “someone in his camp” for the “f*** up.” 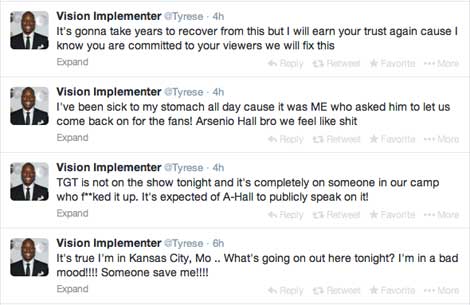