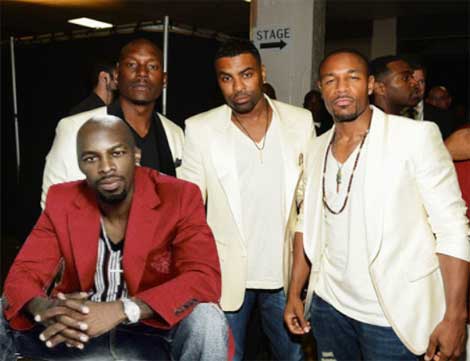 HSK Exclusive – We’re getting word that Tyrese has skipped out on Tank and Ginuwine. Don’t believe me.. Just ask R&B singer Joe.

According to our tipster, Tyrese isn’t getting along with the Tank and Ginuwine. We’re told that’s why Joe is filling Tyrese’s TGT spot, with the group currently on the road for a list of national concert dates.

“Ginuwine and Tyrese ain’t feeling Tyrese. Tyrese is a cocky dude, going around saying he don’t need Ginuwine and Tank to eat.”

Is Clifford “T.I.” Harris smashing Tank’s girlfriend while the singer is on the road? Of course. Check in later this week for the full story…