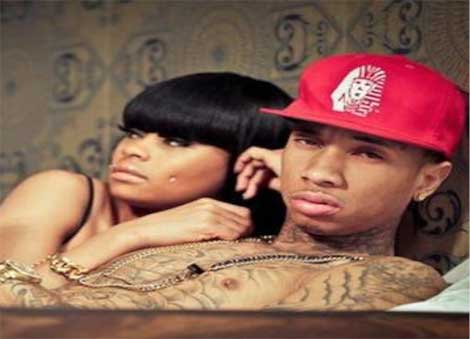 HSK Exclusive – We’ve learned the reason that’s said to have led Tyga to kick Blac Chyna to the curb! An insider exclusively tells HSK… when ‘Rack City’ man found out she let Fat Trel smash behind his back, dude delivered Blac Chyna with her walking papers.

This is the lastest word since Fat Trel baby momma spilled the beans, back in July. “She made multiple allegations against Fat Trel’s character,” said a source. “Noting at one point that he slept with Blac Chyna in his home while the baby slept.” Blac Chyna — who is the mother of Tyga’s 22-month-old son, King Cairo — didn’t only deny cheating on Tyga back then, she’s reported to now not be “acknowledging the breakup.”

“Things were never the same after it was leaked. Tyga’s disgusted with her.”