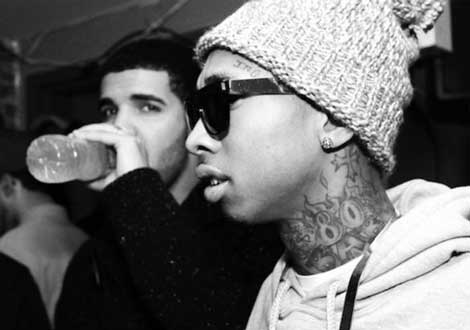 YMCMB recording artist, Tyga, told Vibe magazine that, he doesn’t like Drake as a person and he doesn’t get along with Nicki Minaj.

Kylie Jenner’s new boyfriend also said he thinks Drake is fake and he’s going to release his next album independent of YMCMB.

Here’s exactly what Tyga had to say:

“I don’t like Drake as a person. He’s just fake to me. I like his music; you know what I’m saying? I think his music is good, but we’re all different people. We were forced together and it was kinda’ like we were forcing relationships together. It is what it is.

But I been friends with Chris [Brown] for like six years. That’s my real genuine friend. We hang out all the time. He lives up the street from me, so we don’t just do music we hang.