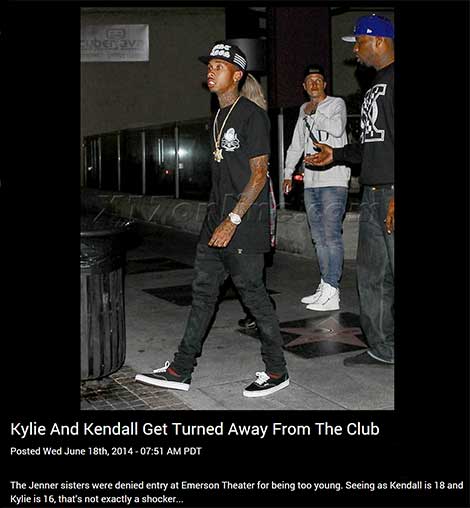 An insider is saying Kylie and her sister Kendall were both denied club entry because they were underage and the sisters waited in Tyga’s Bentley while the rapper made his paid appearance in the nightclub.

The insider went on to say, 24 year old Tyga got rid of his baby momma for a now, 17 year old Kylie Jenner. Don’t believe me.. Ask Blac Chyna.