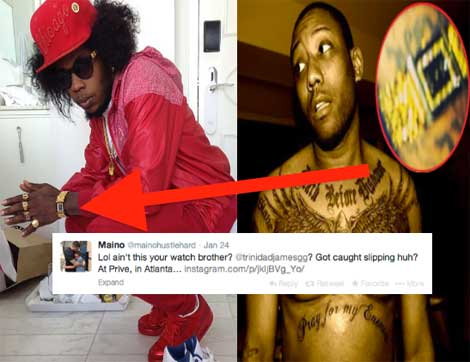 HSK Exclusive – A source tells us Fabolous’ brother is behind Trinidad James’ recent robbery at ATL’s Prive Nightclub. That’s where we’re told jackers were following Darryl ‘Ruggs’ McKinney’s orders, when they forced TJ to give up his All Gold Everything. Don’t believe me.. Ask Ruggs’ girlfriend, Keyshia Cole.

According to our source … the jack move was ‘payback’ over Trinidad James’ diss aimed at New York emcee’s, a few months back. That’s said to be why TJ’s stolen jewels were presented to rapper Maino ‘as a trophy.’

“Ruggs and his crew jacked Trinidad James for all his jewelry and they gave TJ’s watch to Maino to teach Trini a lesson.” 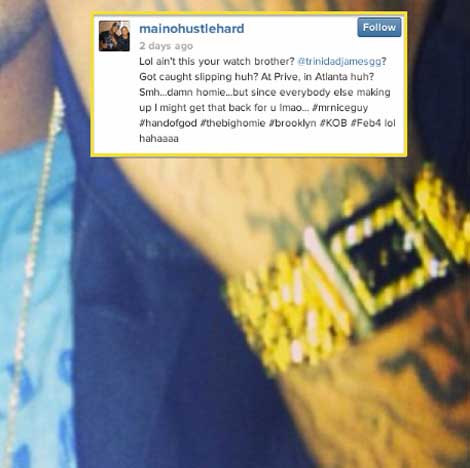