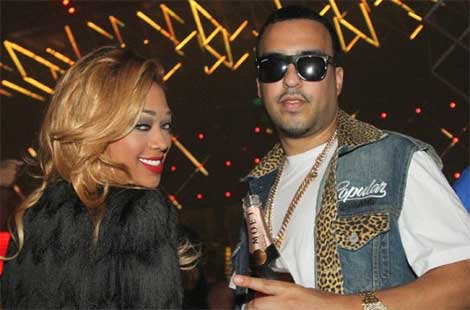 Trina recently did an interview with the Breakfast Club and she basically said she was the rapper French Montana’s beard. Know why? Because Trina said she never smashed French Montana and she can expose the Don’t Panic lyricist if he steps outta line.

“We really was not in a relationship. Let’s be clear about that. I never told him that I was your girl. There’s a lot of reasons. I guess now we can see why. Because you just got a lot of growing up to do. I could come up here and expose you and bash you, but I’m so much better than that. I’m not gonna do that. But I will say this, we were friends. And as being friends today as we speak makes two years I would have known you.”