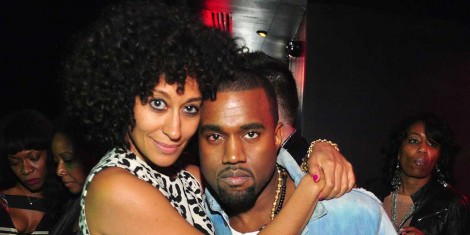 Fall back, Kimmy Kakes! Tracee Ellis Ross could get Kanye hooked on some bait you can’t mess with! I’m talkin’ about Ye making an appearance, alongside Tracee and her Black-ish cast members, on the ABC hit sitcom!

Now if that goes down, there’s no telling where it could lead! Dont’ you agree?

Check out what Tracee Ellis Ross had to say about it:

“… think Kanye should be a doctor working with my character, Rainbow. Dre who’s played my Anthony Anderson, gets worried Rainbow is going to have an affair with him, but Rainbow has no interest.”