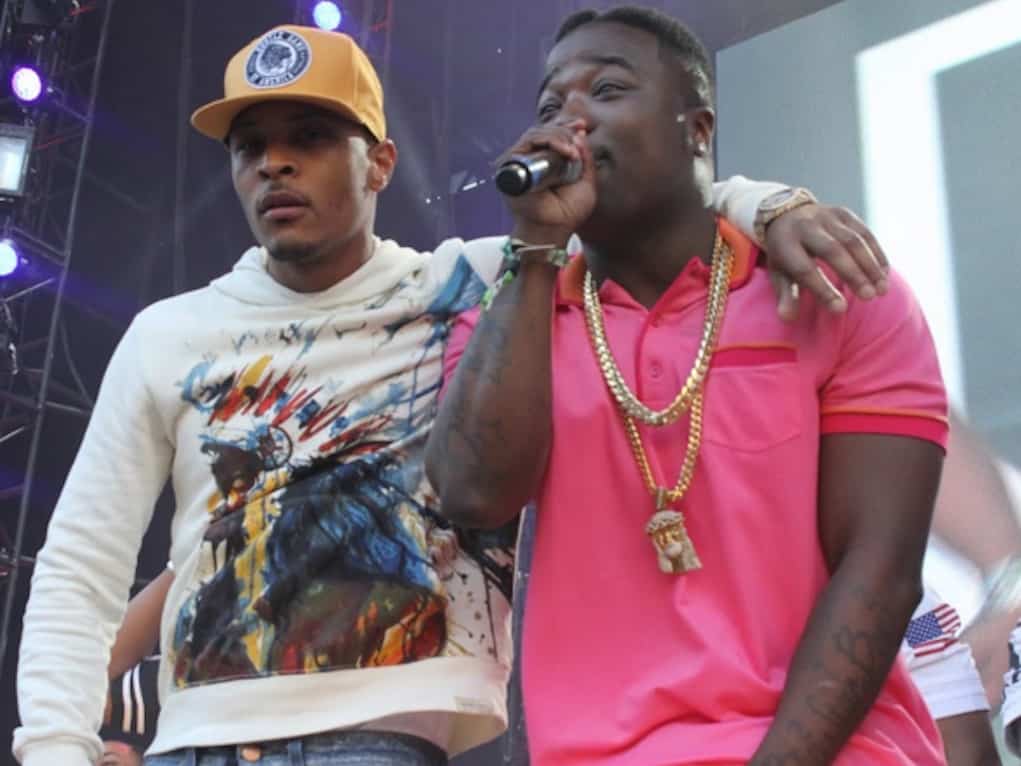 Remember when rapper Troy Ave got shot in the leg backstage at T.I.’s concert back in May? Troy was later spotted on camera and identified as one of the shooters that left his best friend and bodyguard B$B Banga dead. It was later determined Troy’s weapon was not the gun that killed B$B. He is out on bail but still facing gun charges.

Troy is now suing the venue, Irving Plaza in Manhattan, as well as their owner, Live Nation, for negligence.

According to the lawsuit, Troy blames the Plaza’s security for allowing guns inside the venue. The rapper says his career are now tarnished because of the events that happened that night.

Wait… how is he going to sue the venue for allowing guns inside if he is one of the idiots who brought a gun in? This don’t make no kind of sense…