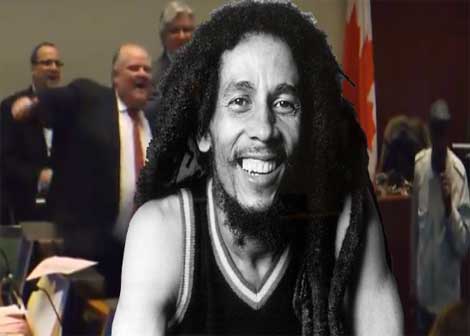 “Men and people will fight ya down (Tell me why!) When ya see Jah light. (Ha-ha-ha-ha-ha-ha-ha!) Let me tell you if you’re not wrong; (Then, why?) Everything is all right.” -Bob Marley, Exodus

This, about a month after a video surfaced ..featuring Mayor Ford dancing to Marley’s classic track “One Love” during a council session.

In his official proclamation of Bob Marley Day, Ford said,

“We honor the legacy of Robert (Bob) Nesta Marley, an influential musician, advocate for human rights and international ambassador of peace.”