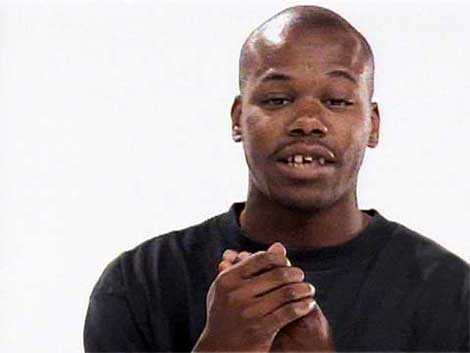 Too Short on Cash!

Too Short (Todd Shaw) is filing for bankruptcy again, this time in California!

Five years have passed since Too Short FILED CHAPTER 7 bankruptcy in the state of Georgia, with only $3,000 in the bank and almost $2.5 million in debt. In an effort to repay his creditors his bankruptcy put a lien on all his assets, foreclosed his mortgage, his jewelry was sold for pennies on the dollar at a government auction, and his creditors repossessed his 2005 dodge magnum.

This includes the $450,000 that he owed to the IRS for not reporting income via tax evasion, welfare fraud, and child support non-payment. About 1 million of that debt is of Too Shorts own reckless spending on credit cards, bad investments, car leases, and one mortgage for his house.

1 million more of the debt is owed to the family of a deceased car accident victim (James Ellerbee). In 1991 there was a head on collision between Too Short (drunk driving without auto-insurance) and a vehicle containing 2 young men (22 year old James Ellerbee who died on impact) and one other young man who was severely injured. Too Short owed the surviving Ellerbee family 17 million in a court settlement, but has managed to have the settlement amount lowered to $1 million due to his inability to pay.

Over 23 years since the car crash that resulted in Ellerbee’s death, Too Short has only managed to send sporadic small payments to the Ellerbee family.

Too short lists his current residence as California and a person must live in a state for at least 2 years prior to being able to file for bankruptcy in that state.

Too Short recently hired a bankruptcy attorney to file Chapter 7 bankruptcy in California, listing his new debts (debts that he has incurred since his 2008 bankruptcy in Georgia) as new business losses, recording studio costs, massive legal fees, and unpaid medical bills. His total assets amount to almost zero, and it is reported he owes about $380,000 to his creditors, he can’t access any more bank loans with his debtors demanding payment and stopping all his credit lines.

Once bankruptcy is initiated all of his assets (property, money, cars, jewelry) will be seized and sold to pay off some creditors, and he will then be able to slowly rebuild his credit from scratch, in about 9 years his California bankruptcy will drop off his CREDIT REPORT.