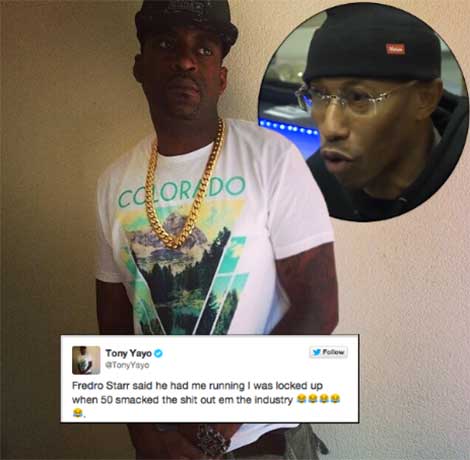 “He and 50 Cent have not spoken since their scuffle.“

Fredro recently shared his side of the story about the fight with Fif at The Breakfast Club. “Nigga tried to swing on me,” Starr said. “Nigga missed. Straight up.” Later in the interview, he added that several members of the G-Unit boss’s entourage also ran. “Him, Tony Yayo, all them niggas ran,” he added. “And I don’t gotta front, nigga.”

Peep what Fredro Star had to say:

“The nigga tried to swing on me. Some physical shit happened. So, we left it at that. I haven’t spoken to the nigga since and that’s what it is.”