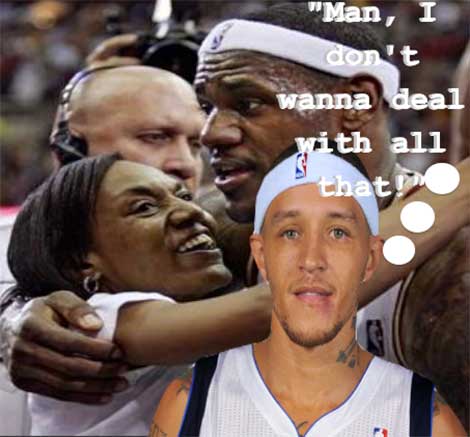 Delonte West’s smash session with King James’ momma is a situation that appears to have left life-lasting marks. Know why? Dude just revealed he considered his notorious sexcapade when naming his son! Hilarious!

“I named my son Cash after Cashius Clay and Johnny Cash…His middle name is Delonete but I didn’t want to name him Delonte West Jr. just because of that… I don’t want my son going to school and people making fun of him for something his daddy did, “Oh didn’t yo daddy have sex with LeBron James mama?’ Man, I don’t want to deal with all that…”